Chicken & Egg Pictures proudly announced via Women & Hollywood seven new grantees of our 2021 Project: Hatched program. Both short- and feature-length projects will participate. Each project receives $20,000 toward film completion and impact campaigns and filmmaking teams participate in a six-month program with tailored mentorship and goal-setting.

“From water rights to reproductive health, the subjects of Chicken & Egg Pictures’ newest grantees are ones that come up constantly in our cultural and political conversations. These seven films push past the headlines to reveal intimate character studies that investigate how social issues impact everyday lives,” said Program Director Lucila Moctezuma. “For the first time in our Project: Hatched program, two short films were selected alongside features. Not only can shorts act as critical stepping stones to help emerging filmmakers build careers, but they also have strong potential to create impact and engage broader audiences.”

Please click the granted films titles for more information on each project, and give these passionate and committed women and gender nonconforming directors a warm welcome to the Nest!

And So I Stayed is a documentary about survivors of domestic violence who are unjustly incarcerated for killing their abusers in self-defense.

A Native adoptee reconnects with her birth family and her Lummi heritage—confronting her identity. Her singular story represents many affected by the Indian Child Welfare Act and Indian Adoption Project in the US.

This film poetically weaves together memories of Payahuunadü, “the land of flowing water,” where Native Americans, Japanese-Americans, and environmentalists defend land and water from Los Angeles.

I’m Free Now, You Are Free

I’m Free Now, You Are Free is a short documentary about the reunion and repair between Mike Africa Jr. and his mother Debbie Africa—a formerly incarcerated political prisoner of the MOVE 9.

On The Divide follows the story of three Latinx people living in McAllen, Texas who, despite their views, are connected by the most unexpected of places: the last abortion clinic on the US/Mexico border. As threats to the clinic and their personal safety mount, these three are forced to make decisions they never could have imagined.

Student activists and educators from Village Leadership Academy campaign to change the name of a park from a slaveholder to abolitionists Anna Murray and Frederick Douglass in Chicago’s North Lawndale neighborhood.

Pulitzer Prize-winner Art Cullen and his family fight to protect their Iowan farming community through their biweekly newspaper, The Storm Lake Times—come hell or pandemic.

Announced via Women & Hollywood today, Chicken & Egg Pictures is proud to support five new grantees of the 2021 Project: Hatched program for feature-length documentary impact. Each film receives a $10,000 grant and tailored mentorship towards their impact campaigns.

“Each of these films tells a story about racial, economic, or workers justice in the United States and marks a critical moment in our social history,” said Program Director Lucila Moctezuma. “Their directors are uniquely positioned to create change and propel us toward a more equitable future, and Chicken & Egg Pictures is excited to support them with funding and programmatic support to further the impact of these important films.”

Please click the granted film’s titles for more information on each project and give these visionary women directors a warm welcome to the Nest!

Dope Is Death tells the story of how radical politics and direct community action birthed the first acupuncture drug detoxification program in America.

Down a Dark Stairwell

A Chinese-American police officer kills an unarmed Black man in a dark stairwell of a NYC housing project, igniting a complicated fight for accountability and justice.

In America’s backyard, a community held captive by policies targeting gangs and drugs sacrifices their youth for a false sense of justice and safety. Nearly forty years later, a true path to justice and healing is led from inside their prison walls.

Meet Janaé and Bella, two fierce abolitionists whose upbringing and experiences shape their activism and views on Black liberation.

A teenage farmworker dreams of graduating high school, when ICE raids in her community threaten to separate her family and force her to become her family’s breadwinner.

*Down a Dark Stairwell was previously supported through out Diversity Fellows Iniative (past program).

We’re Back to the Cinemas at the 2021 Tribeca Film Festival!

The Tribeca Film Festival is celebrating its 20th anniversary with a return to the cinemas in 2021. The festival runs from Wednesday, June 9 to Sunday, June 20 with programming that can be accessed in person and virtually. 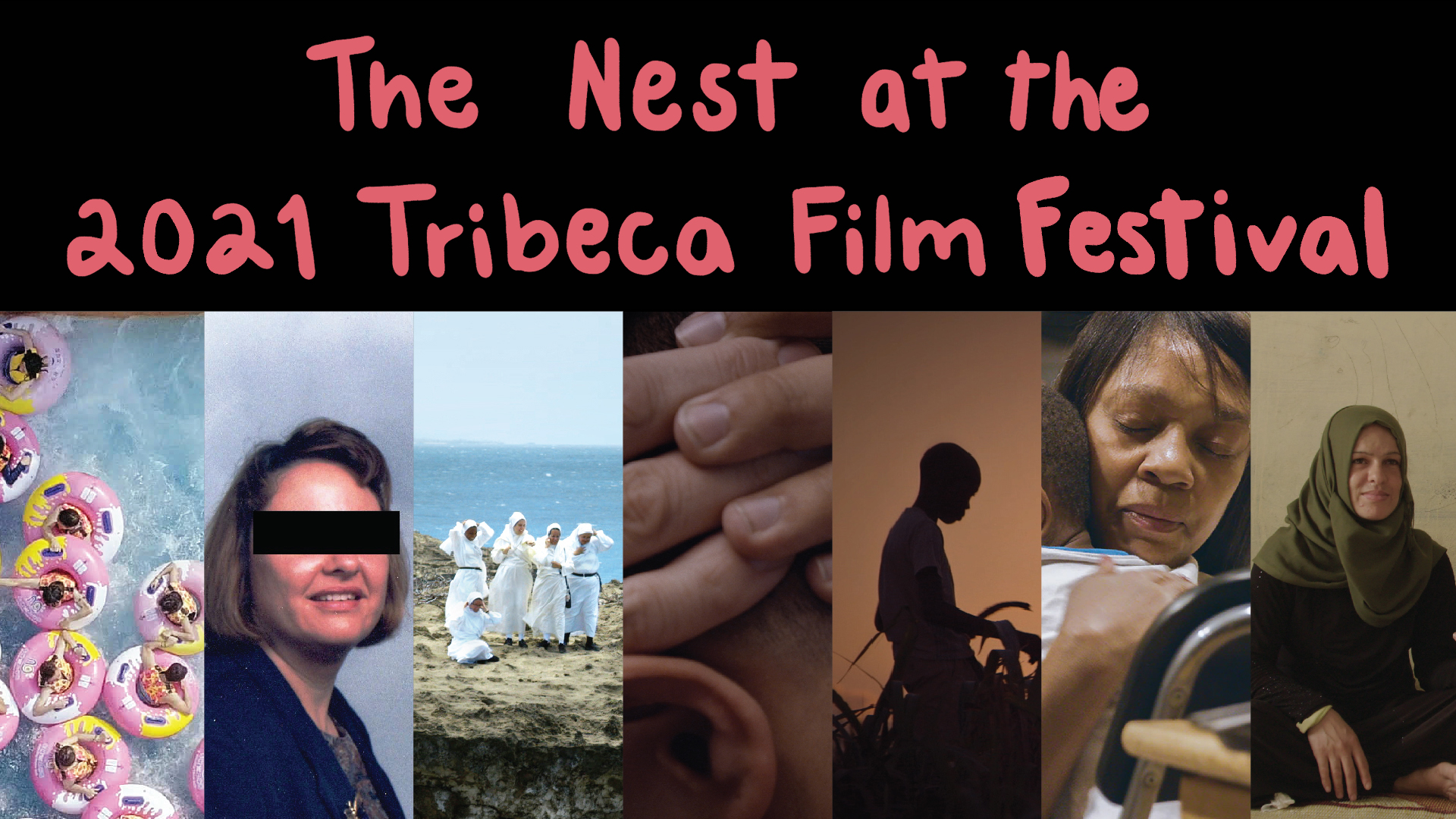 At Chicken & Egg Pictures, we are looking forward to the shared experience of film, as New Yorkers head back to the movies again. Viewers within the US can access Tribeca’s virtual programming through $15 online stream tickets.

We are also thrilled to let you know that films slated to premiere at the 2020 Tribeca Film Festival, but postponed due to COVID-19, will also screen at this year’s edition. Granted films featured in the festival include four (Egg)celerator Lab grantees from 2018 and 2019, one Project: Hatched grantee, one Chicken & Egg Award recipient film, three films from the AlumNest, and one VR project. Learn more about the films below, and get your tickets here.

An American family becomes entangled in a bizarre web of secrets and lies when their hacker son is targeted by the U.S. government, making them all Enemies of the State.

Former leaders of the “pray away the gay” movement contend with the aftermath unleashed by their actions, while a survivor seeks healing and acceptance from more than a decade of trauma.

Through the Night, dir. Loira Limbal

Through shard-like glimpses of everyday life in post-Hurricane María Puerto Rico, Landfall examines a ruined world at the brink of transformation, spinning a cautionary tale for our times.

Through the grassroots campaign of electoral hopeful Rosa Iris, director Michèle Stephenson’s new documentary reveals the depths of racial hatred and institutionalized oppression that divide Haiti and the Dominican Republic.

See you at the cinema! Post by 2021 Summer Communications Intern Mariana Sanson. 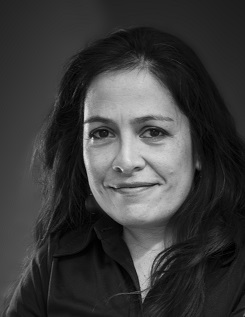 A Full Nest at Sundance at the 2020 Sundance Film Festival

The Sundance Film Festival features line-up was announced today, Wednesday December 4, and we are egg-static for the following women filmmakers, who will be premiering their films at the festival in Park City, Utah from Thursday, January 23 to Sunday, February 2, 2020.

Exploring the fallout of MIT Media Lab researcher Joy Buolamwini’s startling discovery that facial recognition does not see dark-skinned faces accurately, and her journey to push for the first-ever legislation in the US to govern against bias in the algorithms that impact us all.

Once Upon a Time in Venezuela
Directed by Anabel Rodríguez (Project: Hatched 2020)

Once, the village of Congo Mirador was prosperous. Now it is decaying and disintegrating—a prophetic reflection of Venezuela itself.

Inside the ACLU, a team of scrappy lawyers battle Trump’s historic assault on civil liberties.

Nowhere is the worldwide erosion of democracy, fueled by social media disinformation campaigns, more starkly evident than in the authoritarian regime of Philippine President Rodrigo Duterte. Journalist Maria Ressa places the tools of the free press—and her freedom—on the line in defense of truth and democracy.

With this inventive portrait, a cameraperson seeks a way to keep her 86-year-old father alive forever. Utilizing moviemaking magic and her family’s dark humor, she celebrates Dr. Dick Johnson’s last years by staging fantasies of death and beyond. Together, dad and daughter confront the great inevitability awaiting us all.

*These films were in development during the filmmaker’s Chicken & Egg Award year.

In addition to these directly supported films, our AlumNest filmmakers (the 300+ talented, diverse women nonfiction directors that we have supported throughout our fifteen years as an organization) are also premiering their films at the 2020 Sundance Film Festival:

Aggie
Directed by Catherine Gund (Born to Fly, Dispatches from Cleveland, and What’s on Your Plate?)

Directed by Kirby Dick and Amy Ziering (The Invisible War)

Congratulations to these incredible women filmmakers on their Sundance-bound films. We’ll see you in Park City!