A much-anticipated visit by their birth mother unravels questions around adoption and identity for eight-year-old twins and their South Asian parents, who adopted them as infants. From rural New Mexico to affluent suburban Pennsylvania, Our Daughters weaves intimate vérité footage with home movies to tell an unprecedented coming-of-age story of two white daughters and their immigrant household, as they navigate identity, past traumas, and the future of their unique American family.

Our Daughters (working title) is a participant of the 2022 (Egg)celerator Lab.

Chithra Jeyaram is a filmmaker based in New York. She directs, produces, and edits documentaries and films about identity, relationships, race, art, and health. Her first exposure to filmmaking began with a failed attempt to fund a film in India. Deeply affected by that experience, she quit a decade-long career as a Physical Therapist and got an MFA in film production from The University of Texas at Austin. Her short film Mijo, aired on KLRU TV and played in 50 film festivals globally. She directed Foreign Puzzle, distributed by New Day Films, a member-owned distribution cooperative. Currently, she is making Our Daughters, a feature documentary that examines open adoption in America through an immigrant lens. In addition to Chicken & Egg pictures, Our Daughters is supported by Brown Girls Doc Mafia Sustainable Artist Grant, Jerome Foundation, Center for Asian American Media, New York State Council for the Arts, Gotham Documentary Lab & Project Market (formerly the Project Forum), Sheffield Meet Market, DOC NYC, and BFI Production Finance Market. 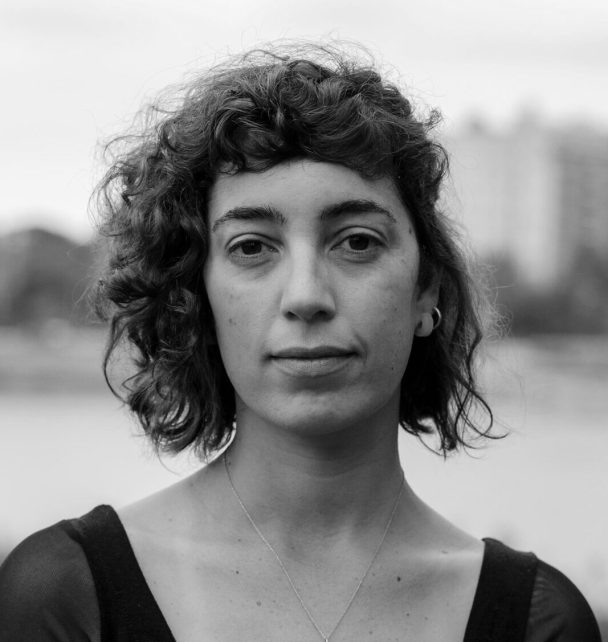 Jonna McKone is a filmmaker, producer, and artist based in Baltimore, MD. She works with documentary, narrative, archives, and abstraction to explore connections between landscapes, the body, and memory. She produced All Light, Everywhere (directed by Theo Anthony) which premiered in Competition at Sundance Film Festival in 2021, where it won a U.S. Special Jury Award. Before working in the film she was an award-winning radio producer for places like the WYPR, BCC, NPR, and WNYC. Her work as an artist and documentarian has received support from Robert W. Deutsch Foundation’s Rubys Artist Grant, Skidmore’s Storytellers’ Institute, Baker Artist Awards, the Puffin Foundation, Maryland State Arts Council, the Center for Documentary Studies, and Maryland Institute College of Art. Her work as a producer has received support from Sandbox Films, Cinereach, Rooftop Films, and Chicken & Egg Pictures.