Dreamcatcher is a vivid portrait of Brenda Myers-Powell, a former prostitute, who helps women and young girls break the cycle of sexual abuse and exploitation. The film lays bare the hidden violence that devastates the lives of young women, their families, and the communities where they live. It is Brenda’s unflinching intervention that turns these desperate lives around. 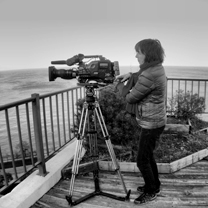 Internationally acclaimed director Kim Longinotto is renowned for creating extraordinary human portraits and tackling controversial topics with sensitivity and compassion. Longinotto’s films have won international acclaim and dozens of premiere awards at festivals worldwide, including the World Cinema Jury Prize in Documentary at Sundance, a Peabody award, and a BAFTA. Kim has directed many documentaries for broadcasters including BBC, HBO, PBS and Channel 4. Notable titles include Divorce Iranian Style, Sisters in Law, and Rough Aunties.