The Homestretch follows three homeless teens as they fight to stay in school, graduate, and build a future. Each of these smart, ambitious teenagers will surprise, inspire, and challenge audiences to rethink stereotypes of homelessness as they work to complete their education while facing the trauma of being alone and abandoned at an early age. Through haunting images, intimate scenes, and first-person narratives, these teens take us on their journeys of struggle and triumph.

The Homestretch is co-directed by Anne de Mare and Kirsten Kelly. 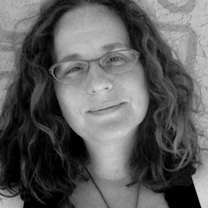 Anne de Mare is an award-winning playwright, director, professional video artist, and filmmaker. Anne’s original plays have been presented in Chicago, London, and New York, where she was a five-year resident artist with Richard Foreman’s legendary Ontological-Hysteric Theater. Her video work has been seen at Lincoln Center and at The Park Avenue Armory. Along with her film partner Kirsten Kelly, she produced and directed the 2009 feature documentary Asparagus! Stalking the American Life, and the team is currently in development on The Girl With The Rivet Gun, an interactive documentary project based on the stories of real-life Rosie the Riveters. 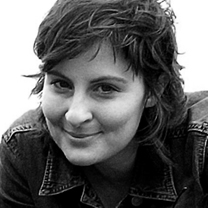 Kirsten Kelly is an award-winning documentary film and theater director who lives in Brooklyn. Her short film work has been seen at Juilliard and Lincoln Center. Kirsten is a two-time Helen Hayes nominated best director and has directed award-winning theater productions in Chicago, Washington, D.C., and New York. She is an arts educator and the director and co-creator of “CPS Shakespeare,” a highly-acclaimed program that works with Chicago Public High School students at the Chicago Shakespeare Theater. She is a graduate of Juilliard’s Master Directing program where she received the Andrew W. Mellon Fellowship.

The Homestretch had its world premiere at the 2014 Hot Docs Canadian International Documentary Festival.

The Hand That Feeds