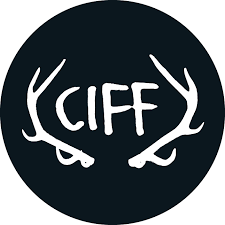 The 2018 Camden International Film Festival (CIFF) will take place in Camden, Rockport, and Rockland, Maine from September 13 to 16. Founded in 2005, CIFF is a festival focused exclusively on documentary film, and this year, we were egg-static to see that half of the selections across every category are directed by women.

In a press release from CIFF, Senior Programmer Samara Chadwick stated, “Programming at parity celebrates the contributions of the many formidable women in the field, while also emphasizing the fact that, in a century of documentary filmmaking, we’ve largely known one dominant perspective. […] At CIFF we’re drawn to directorial approaches from outside the canon, and we value all the creative voices and cinematic languages that have been otherwise underrepresented.”

At Chicken & Egg Pictures, we applaud the push for gender parity from the Camden International Film Festival.

See a full itinerary for Nest-supported films, filmmakers, and friends at CIFF below.

Points North Pitch, Saturday Sep. 15 at 10 AM at the Camden Opera House, including a pitch from 2018 Diversity Fellows Initiative grantee Robie Flores for her project The In Between.

A Cure for Fear (Series), directed by Lana Wilson (The Departure and After Tiller), Saturday Sep. 15 at 3:30 PM at the Farnsworth Art Museum in Rockland*

The Feeling of Being Watched, directed by Assia Boundaoui (2016 Accelerator Lab grantee and The Whickers award winner), Sunday Sep. 16 at 12:30 PM. Assia will also be speaking on the Documentary as Co-Creation panel at 3:30 PM on Saturday Sep. 15 at High Mountain Hall in Camden.

Blowin’ Up, directed by Stephanie Wang-Breal, Sunday Sep. 16 at 5:30 PM at the Rockport Opera House.

And our very own Eggspert advisor Cara Mertes will be moderating The Public Sphere panel, Saturday Sep. 15 at 1:30 PM at High Mountain Hall.

*Chicken & Egg Pictures did not directly support Skywards, A Cure for Fear, or On Her Shoulders but did support their directors in past projects.