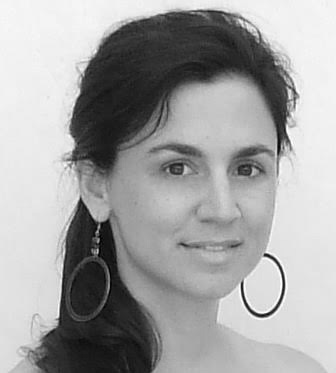 Alexandra Codina’s newest film Paper Children (Niños de papel), an (Egg)celerator Lab grantee and Knight Foundation funded film, explores America’s invisible refugee crisis through the eyes of one Miami family who navigate a broken system with unwavering resilience. The film is a Youtube Original and is available to stream for free. Alexandra also wrote about Paper Children and moving “beyond the politics of asylum” for our blog series Letters from the AlumNest.

Her debut film Monica & David, also a Nest-supported project which premiered in 2009, tells the love story of two adults with Down syndrome. The film won Tribeca Film Festival’s Jury Award, was nominated for an Emmy Award, premiered on HBO, and broadcast in 33 countries. Monica & David was featured in the New York Times, Washington Post, Newsweek, ABC, Harper’s Bazaar, Variety, and Latina Magazine.

In addition to Chicken & Egg Pictures, Alexandra’s work has also been supported by The Fledgling Fund, The Perspective Fund, Sundance Knight Fellowship, South Florida Arts Consortium & Tribeca All Access. She is currently producing Untitled: Chinese in Africa Project with Jialing Zhang (director/producer of (Egg)celerator Lab grantee One Child Nation). The daughter of Cuban refugees, Alexandra lives in Miami and is the mother of two young boys.