Sheffield Doc/Fest is celebrating its 25th anniversary this year, and Chicken & Egg Pictures will be there with the 2018 Accelerator Lab cohort of first- and second-time female filmmakers, as well as four Nest-supported films for Sheffield goers to look out for!

In Afghanistan where systematic abuses of girls rarely come to light, and seeking justice can be deadly, one young woman says “Enough.” Khatera was brutally raped by her father since the age of nine and today she raises two precious and precocious children whom he sired. Against her family’s and many Afghanis’ wishes, Khatera forces her father to stand trial. This is her incredible story of love, hope, bravery, forgiveness, and truth. Showtimes are Friday, June 8 at 3:45 PM and Sunday, June 10 at 6:30 PM.

The Pain of Others, directed by Penny Lane (2017 Breakthrough Award Recipient)

The Pain of Others is a found footage documentary about Morgellons, a mysterious illness whose sufferers say they have parasites under the skin, long colored fibers emerging from lesions, and a host of other bizarre symptoms which could be borrowed from a horror film. The Pain of Others is composed entirely of videos shared by a group of “Morgies” who have turned to YouTube for community and to prove they’re not crazy.  Unsettling, funny and intimate, The Pain of Others is at once a body-horror documentary and a radical act of empathy.  Showtimes are Sunday, June 12 at 9:00 AM and Tuesday, June 12 at 6:00 PM.

This empowering documentary presents 23-year-old Nadia Murad, a Yazidi genocide survivor determined to tell the world her story. Determined advocate and reluctant celebrity, she becomes the voice of her people and their best hope to spur the world to action. Showtimes are Sunday, June 10 at 3:00 PM and Monday, June 11 at 9:30 AM.

A poetic and evocative visual study, Skywards takes the viewer on a journey into the world of pigeon flying, high above the bustling and crowded streets of Old Delhi. Showtimes are Sunday, June 10 at 5:45 PM and Tuesday,  June 12 at 9:00 AM.

Additionally, join us for our second annual Accelerator Lab Pitch at Sheffield! The 2018 Accelerator Lab participants will pitch their projects to a live audience and will receive feedback from international decision makers and buyers. This will be an opportunity for all pass holders to hear from and meet filmmaking talent for future collaborations. The live pitch will take place Sunday, June 10 at 10:00 am.

Our inaugural NEXT GEN EGG event

On October 16, 2017, Chicken & Egg Pictures hosted a groundbreaking new event at Neuehouse in New York City. Supported by the Perspective Fund, this event invited a dozen first- and second-time filmmakers from around the world who participated in our Accelerator Lab and Diversity Fellows programs to share their film projects with film funders and industry professionals. 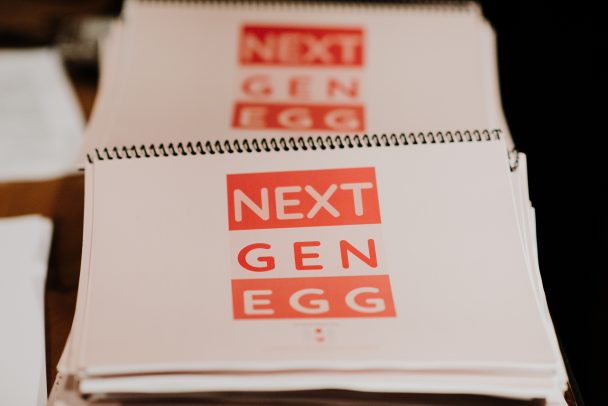 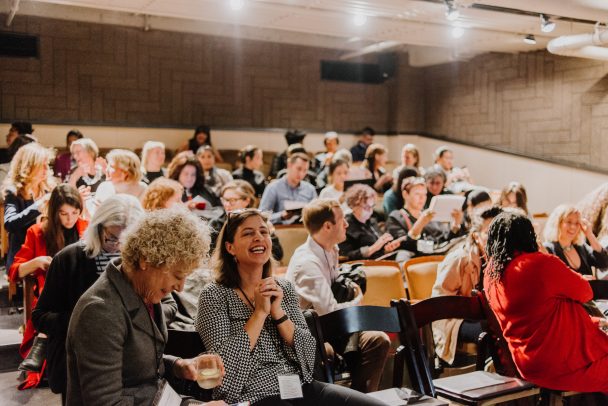 The goal of the event was to provide opportunities for attendees to meet in an intimate setting, learn about one another’s passions and projects, and explore avenues for support. Filmmakers presented their in-progress films to small groups, shared their filmmaking journeys and unique challenges, and received critical feedback from a diverse group of stakeholders.

The event was a huge success and additional support is already coming to our filmmakers as a result!

Stay tuned for another similar event, coming to San Francisco in 2018.

With the help and guidance of our guest experts and industry friends, we’ve put together this list of our 7 tips to keep in mind when you are pitching your film or project.

Don’t repeat everything that is in your trailer.
Use every opportunity to share new information about your project.

Accept the feedback and any criticism you get.
Don’t waste time trying to argue; say thank you and hold back defensiveness.

Match your presentation to the tone of your film.
If it is a serious topic, reflect that in your voice.  If it if it is light match that.

Let the images speak for themselves.
Explain the compelling story, not the style. It’s hard to explain style and tone.

Do your research.
Know who you are speaking with and familiarize yourself with their interests and passion issues. Take notes so that when they follow up with you, you can show growth.

Know the landscape.
If you pitch something that sounds like something a distributer has already done, immediately distinguish it. Be humble; don’t say “my film is better;” say that your film “builds on these others because…”