Winners of the 39th Annual News and Documentary Emmy®
Awards were announced last night at a ceremony at Lincoln Center in New York City.  We were thrilled to see three Chicken & Egg Pictures-supported filmmakers receive Emmys for their powerful documentary projects.

Solitary investigates an invisible part of the American justice system: the use of isolation and segregation in US prisons, commonly known as solitary confinement. With unprecedented access inside a prison tackling the issue head on, the film explores this divisive issue through the experiences of those on both sides of the bars.

“Once a bustling industrial town, Huntington, West Virginia has become the epicenter of America’s modern opioid epidemic, with an overdose rate 10 times the national average. This flood of heroin now threatens this Appalachian city with a cycle of generational addiction, lawlessness, and poverty. But within this distressed landscape, Peabody Award-winning filmmaker Elaine McMillion Sheldon (Hollow) shows a different side of the fight against drugs—one of hope.”*

Chicken & Egg Pictures did not directly support Heroin(e), but supported Elaine during her Breakthrough year. Check out Elaine’s newest film on the subject, Recovery Boys (also on Netflix streaming). 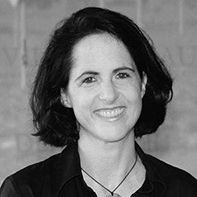 “Ken Burns and Lynn Novick’s ten-part, 18-hour documentary series, The Vietnam War, tells the epic story of one of the most consequential, divisive, and controversial events in American history as it has never before been told on film.”**

Chicken & Egg Pictures did not support The Vietnam War: A Film by Ken Burns & Lynn Novick but is supporting Lynn Novick’s project College Behind Bars: The Bard Prison Initiative, currently in production.

We would also like to congratulate all of our friends at PBS, who received a whopping seven Emmy awards last night, as well as all of the incredible nominees and winners at the News and Documentary Emmy® Awards.