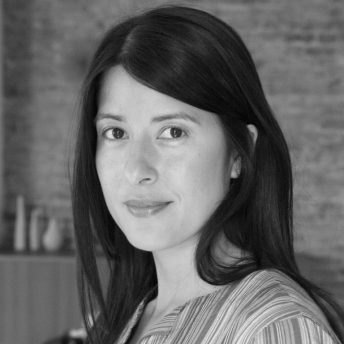 Kimi Takesue is an award-winning filmmaker and recipient of Guggenheim and Rockefeller Fellowships in Film. Takesue’s ten films have screened at over two hundred festivals/museums internationally including the Sundance Film Festival, the Locarno Film Festival, New Directors/New Films, SXSW, and the Museum of Modern Art and have aired on PBS, IFC, Comcast, and SundanceTV.

Takesue’s critically acclaimed Ugandan feature-length documentary Where Are You Taking Me? was commissioned by the International Film Festival Rotterdam and premiered at the festival, followed by screenings at MoMA’s Doc Fortnight and the LA Film Festival. The film was theatrically released by Icarus Films, was a Critics’ Pick by Time Out New York and LA Weekly and was described by The New York Times as, “Fascinating…an unusual, visually rich visit to the nation.”

Her recent feature documentary 95 and 6 to Go was nominated for the prestigious 2017 Doc Alliance Selection Award and screened at over twenty-five international festivals including CPH:DOX, DOK Leipzig, Doclisboa, FIDMarseille and DOC NYC.

In 95 and 6 To Go, Kimi Takesue captures the cadence of daily life for Grandpa Tom, a retired postal worker born to Japanese immigrants to Hawai’i in the 1910’s. Amidst the solitude of his home routines – coupon clipping, rigging an improvised barbecue, lighting firecrackers on the New Year – we glimpse an unexpectedly rich inner life. As his granddaughter queries his history of love and loss, a stalled film project becomes a collaborative inquiry into mortality and how one constructs a personal narrative with memories that span almost a century.

Shot over six years in Honolulu, this intimate meditation on absence and family expands the vernacular of the “home movie” to consider how history is accumulated in the everyday and how sparks of humor and creativity can animate an ordinary life.