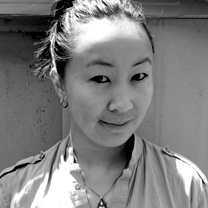 Tiffany Hsiung is an international award-winning filmmaker based in Toronto who creates socially conscious work and dynamic artistry, sparking a unique energy in the stories of marginalized individuals and communities. Hsiung’s approach to storytelling is driven by the relationship that is built with the people she meets both in front and behind the lens. By shooting much of her own work, Hsiung obtains unobtrusive access to the stories she captures.

Her Nest-supported project The Apology is a film about memory, told through the relationships of three women—all former comfort women who were forced into sexual slavery during World War II—as they fight for reconciliation and justice as they struggle to make peace with the past.

The Apology premiered at Hot Docs in 2016, and then aired on POV on PBS in October 2018. Over the course of the last year, it has received awards like the duPont-Columbia Award and Peabody Award, among others.

Her work is fundamentally based on cross-cultural and intergenerational themes set to inspire younger generations and viewers to learn about their own cultures – and social responsibility in the global community.

You can keep up with Tiffany’s work on her website here, and follow The Apology on its film blog.