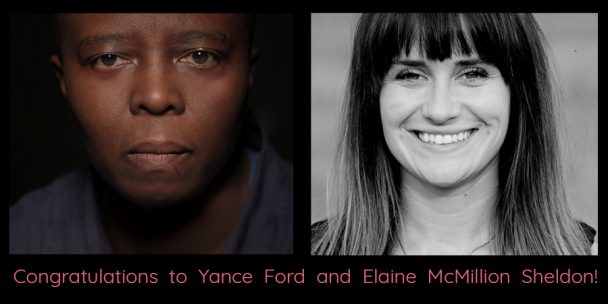 Two Nest-supported filmmakers’ films have been nominated for the 90th Academy Awards®, and we could not be more excited!

“Once a bustling industrial town, Huntington, West Virginia has become the epicenter of America’s modern opioid epidemic, with an overdose rate 10 times the national average. This flood of heroin now threatens this Appalachian city with a cycle of generational addiction, lawlessness, and poverty. But within this distressed landscape, Peabody Award-winning filmmaker Elaine McMillion Sheldon (Hollow) shows a different side of the fight against drugs—one of hope.”*

Many joyful congratulations, and best of luck, to Yance and Elaine!

Check out a full list of all Oscar nominees here. We will be watching the 90th Academy Awards® on Sunday, March 4, 2018, at 8pm EST. Join us as we tune in!

*Synopsis from the Heroin(e) webpage.