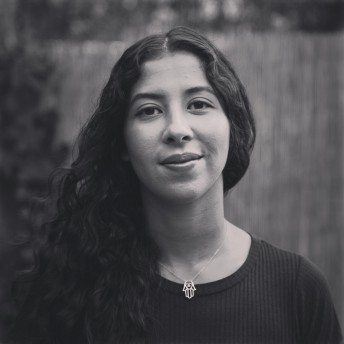 Assia Boundaoui is an Algerian-American journalist and filmmaker based in Chicago. She has reported for the BBC, NPR, AlJazeera, VICE, CNN and was the recipient of a first place Mark of Excellence Award from the Society of Professional Journalists.

Her directorial debut, The Feeling of Being Watched, was a participant in the 2016 Accelerator Lab and a recipient of The Whickers Chicken & Egg Pictures Award.

In the Arab-American neighborhood outside of Chicago where Assia Boundaoui grew up, most of her neighbors think they have been under surveillance for over a decade. With unprecedented access, The Feeling of Being Watched weaves the personal and the political as it follows the filmmaker’s examination of why her community fell under blanket government surveillance.