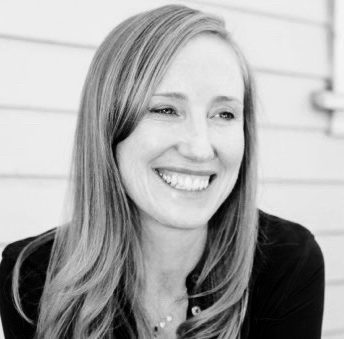 As Head of Partnerships & Impact, Kelly plays an integral role in several of our programs, including our shorts program Docs by the Dozen and our completion and impact program Project: Hatched, both programs supporting our goal to provide creative, professional, and financial support to filmmakers at strategic junctures in their careers. She is also an independent director, producer, writer, and impact campaign strategist. Her feature documentaries have screened at film festivals worldwide, opened theatrically, and broadcast nationally on POV/PBS and Netflix. Her most recent film, a Peabody Award Finalist, The Return, won the 2016 Tribeca Film Festival Audience Award for Best Documentary and screened on Capitol Hill and in prisons across the country.  Her film Better This World won the Gotham Award for Best Documentary and The Screen Writers Guild Award for Best Screenplay, received an IDA Creative Achievement Award, and was selected to screen at NY MoMA’s Documentary Fortnight. Monumental screened at the Lincoln Center and was acquired by the Smithsonian’s permanent collection. El Poeta, called “dramatic and inspiring” by the LA Times, broadcast on PBS’s Voces. She has produced short-format work for The New York Times, Mother Jones, IFC, and First Look/The Intercept, among others. She also directed and produced a multimedia ProjectTurnout, partnering with the New York Times, Mother Jones, and The Nation to explore changing election laws and their impact on people of color. A Sundance and HBO/Film Independent Fellow, she has guest lectured at various universities and taught a documentary forms course at UC Berkeley.

As the Executive Director of Chicken & Egg Pictures, Jenni sets the overall vision of the organization and ensures the achievement of its mission. Jenni builds and leads a talented team in implementing Chicken & Egg Pictures’s strategic plan, building financial sustainability, and engaging the film and human rights communities of which Chicken & Egg Pictures is a dedicated member. Before joining Chicken & Egg Pictures, Jenni was the Managing Director of WITNESS, the international human rights video advocacy organization co-founded by musician Peter Gabriel. Jenni has worked for UNICEF, protecting the rights of children affected by armed conflicts and natural disasters, and has served in numerous posts around the world for the United Nations, including the UN International Civilian Mission in Haiti and the UN High Commissioner for Human Rights in Rwanda. Jenni wrote and still performs a solo play, RASH, about her experiences as a human rights activist. She has an MA in Human Rights and an Honorary Doctorate from the University of Strathclyde.

Julie is the Founder of Secret Sauce Media, her latest venture to produce and invest in surprising and timeless film projects. Julie co-founded Chicken & Egg Pictures in 2005 with a shared belief that diverse women nonfiction storytellers have the power to catalyze change at home and around the globe. She is a producer on Steven Bognar and Julia Reichert’s Academy Award®, Gotham Award, and Independent Spirit Award winning feature documentary American Factory, now streaming on Netflix in partnership with Higher Ground Productions and Participant Media. She is currently producing Bonni Cohen & Jon Shenk’s USA Gymnastics documentary Athlete A, as well as longtime collaborator Judith Helfand’s feature documentary Love & Stuff. She was an Executive Producer of United Skates (Tribeca 2018, HBO) and The Tale for Gamechanger Films (Sundance 2018, HBO). Earlier in her career, she co-produced Blue Vinyl, served as a Production Executive for the company Non Fiction Films, and was an archival researcher for Discovery Channel series Cronkite Remembers. Julie lives in San Francisco, where she serves on the Board of SFFILM. She is a member of the Academy of Motion Picture Arts & Sciences Documentary Branch.

An award-winning producer and director, Wendy Ettinger co-founded Chicken & Egg Pictures and Gamechanger Films, an equity fund dedicated to financing feature films directed by women. Through Gamechanger, she was the Executive Producer of Land Ho; through Chicken & Egg Pictures, she was the Executive Producer of Pariah, directed by Dee Rees. Wendy was also the Executive Producer for The War Room, the Academy Award®-nominated documentary directed by Chris Hegedus and D.A. Pennebaker. She produced Eye of God (Sundance Film Festival, 1997) and Hotel Gramercy Park (Tribeca Film Festival, 2008), and produced and directed Baby I’m Yours (Tribeca Film Festival, 2003). As a casting director, she worked with Ken Loach, Ang Lee, Hal Hartley, and James Lapine. An ardent activist and philanthropist, Wendy believes deeply in the power of change through media, education, and the arts. She focuses her efforts on the rights of women and girls, education, and the revitalization of cities through the arts. She serves on the board of Working Films, The Educational Foundation of America, Imagine Science, and the 52nd Street Project.

Peabody Award-winning filmmaker Judith Helfand is best known for her ability to take on the dark and cynical worlds of chemical exposure, heedless corporate behavior, and environmental injustice and make them personal, resonant, and even entertaining. Three of her award-winning films had world premieres at Sundance, and all have been nationally broadcast on PBS, HBO, and The Sundance Channel and linked to rigorous engagement. Her films include the The Uprising of ’34 (co-directed with esteemed veteran George Stoney), her groundbreaking personal film A Healthy Baby Girl, its Sundance award-winning sequel Blue Vinyl, followed by Everything’s Cool (both co-directed with Daniel B. Gold). She has taught the art of documentary film at New York University, New School, and was the Filmmaker-in-Residence at University of Wisconsin-Madison’s Nelson Institute for Environmental Studies in 2007 and 2009. As much an educator and field-builder as she is a filmmaker, Judith co-founded Working Films and sits on the boards of Great Small Works and The Lower East Side Girls Club. Her latest film in progress is Cooked, a feature documentary about the politics of disaster for which she was awarded a MacArthur grant.

Yvonne Welbon is an award-winning independent filmmaker, producer, educator, entrepreneur, and consultant. She has successfully produced and distributed over 20 films including Living With Pride: Ruth Ellis @100, winner of ten best documentary awards and Sisters in Cinema, a documentary on the history of black women feature film directors. Her films have been shown on PBS, Starz/Encore, TV-ONE, IFC, Bravo, the Sundance Channel, BET, HBO, and in over 100 film festivals around the world. As a consultant for independent filmmakers, her focus is distribution and niche marketing, employing new media and social networking techniques. Welbon has taught at University of Chicago, Northwestern University and chaired the Journalism and Media Studies Department at Bennett College for Women  as a tenured Associate Professor. Welbon received a B.A in History from Vassar College. She completed a Masters of Fine Arts degree in film and video at the School of the Art Institute of Chicago and a Ph.D. in Radio/TV/Film at Northwestern University. She is also a graduate of the American Film Institute’s Directing Workshop for Women.

As Director of Operations & Innovation, Sarah ensures that Chicken & Egg Pictures’ internal systems effectively support its mission. Aiming to implement the best innovations in nonprofit practices, she oversees the achievement of goals for operational efficiency, personnel development, and financial performance. Since 2014, she has overseen and implemented a range of projects, including the development of the 2019-2021 Strategic Plan; incorporating Chicken & Egg Pictures, Inc.; and establishing the operations for the 501(c)(3) when the organization spun from its fiscal sponsor in 2016. She has also worked on the Impact & Innovation Initiative, which supported directors exploring and shaping new forms of nonfiction media.

Prior to Chicken & Egg Pictures, Sarah worked for the International Center for Transitional Justice (ICTJ), a human rights and accountability organization, where she managed the Program Office and the media initiative Pivot Pictures. At ICTJ, she was Associate Producer for the feature documentary La Toma, which screened at the Cartagena and Human Rights Watch International Film Festivals. Originally from Detroit, Sarah holds a BA in History from the University of Michigan and Diplôme du Programme International from the Institut d’Études Politiques de Paris (Sciences Po).

Comments Off on Sabine Fayoux Cantillo May 11, 2016

As Program Manager at Chicken & Egg Pictures, Sabine plays a key role in the planning and implementation of several programs including the Chicken & Egg Award for advanced-career filmmakers; Next Gen Egg, a one-day event that brings together supported filmmakers, funders, and industry representatives; and AlumNest, which includes over 300 filmmakers to date. Prior to 2020, she coordinated and led all logistics for Chicken & Egg Pictures’ flagship programs including open calls, creative retreats, and direct support to filmmakers; launched an online platform for the AlumNest program; and oversaw the Nest Knight Fellowship, a pilot initiative for Philadelphia-based filmmakers supported by Knight Foundation. She has also been instrumental in the (Egg)celerator Lab program for first- and second-time filmmakers.