Watchers of the Sky interweaves four modern stories of remarkable courage while setting out to uncover the forgotten life of Raphael Lemkin, the man who invented the word ‘genocide’. Inspired by Samantha Power’s Pulitzer Prize-winning book, A Problem From Hell, the film takes you on a journey from Nuremberg to Rwanda, from Bosnia to Darfur, and from apathy to action. 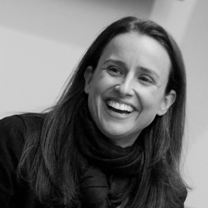 Academy Award®-nominated filmmaker Edet Belzberg is known for elegant, in-depth, and powerful storytelling. Her debut feature, Children Underground, was nominated for an Oscar® and won the Sundance Film Festival’s Jury Prize, the International Documentary Association’s Documentary Award, and the Gotham Awards’ Documentary Achievement Prize, among others. Her film The Recruiter had its world premiere at Sundance, aired on HBO, and was awarded a DuPont-Columbia University Award for journalism.

Watchers of the Sky had its world premiere at the Sundance Film Festival in 2014, where it won a Special Jury Prize for the Use of Animation and the US Documentary Editing Award. Since then it has screened at film festivals around the world, including Hot Docs in Canada, Full Frame in North Carolina, One World in Romania, and Human Rights Watch in the UK. It won the Jonathan Daniels Award at 2014’s Monadnock International Film Festival. It has also screened at a number of colleges and universities, including Yale and Columbia. With its own original high school and middle school lesson plans, the film is ready for classrooms. In partnership with Facing History & Ourselves the filmmakers have also developed short video modules based on the film to be used in schools. Watchers of the Sky will be in theaters in the U.S. and Canada starting October 2014.