About Face is the redemptive story of Gwendellin Bradshaw from tragedy to healing as she seeks answers to the childhood tragedy involving her mother’s attempt to kill her. 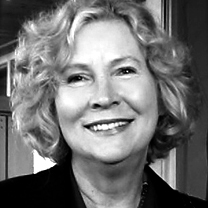 A graduate of NYU Tisch School of the Arts Writing and Directing program, Mary Katzke started Affinityfilms, a nonprofit media production company in Alaska,  where she has has produced over 30 documentary films.

Festivals and screenings include HotDocs, Hearts and Minds, Thessaloniki, Rekyjavik, EDF of Seoul, Council on Foundations, Rendevous with Madness, and on Israeli TV and Korean public television.

Watchers of the Sky