A testament to the rippling effect of a single act of kindness, A Small Act follows a rural Kenyan student-turned-Harvard-grad as he tracks down the woman whose sponsorship changed his life and works to honor her, give back to his community, and continue the cycle of sponsorship. 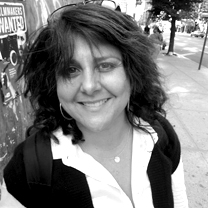 After graduating from UCLA and University of Nairobi, Jennifer Arnold returned to UCLA for a MFA in film. Her first project, Maid of Honor, screened at Sundance before airing on HBO/Cinemax. Jennifer returned to Sundance with her Internet series, The Mullet Chronicles (which was developed into the feature, American Mullet) and attended Sundance a third time with A Small Act, which garnered a Best Documentary Emmy® nomination and won a NAMIC and Humanitas Prize. Recently, Jennifer directed segments of Glee: The 3D-Concert Movie and the Emmy®-nominated The Diplomat for ESPN Films.

When A Small Act premiered at Sundance, audiences spontaneously donated to HBEF, the scholarship fund featured in the film; $90,000 was pledged.  Audience enthusiasm led to a larger “What’s Your Small Act?” campaign, including partnership with HBO and Network for Good for “Good Cards” redeemable at 1.2 million charities. Viewers could also use our website to find local volunteer opportunities. A Small Act educational guide was created to enhance the viewing and learning experience for students. Additionally, we partnered with Film Sprout, HBEF, Dogwoof and Ro*co for community screenings (over 200 nationwide and abroad). Since the film’s premiere, roughly 2.1 million dollars have been donated to HBEF, resulting in a 3000% increase in scholarships. A Small Act has been broadcast and screened around the world and has been honored with the Humanitas Prize, a Best Documentary Emmy® Nomination and American Library Association recognition.

Watchers of the Sky