In the radioactive Dead Zone of Chernobyl, a community of elderly Ukrainian women is defiantly clinging to their ancestral homeland. While most of their neighbors have long since fled, this sisterhood is hanging on — thriving, even —  while cultivating an existence on some of the world’s most toxic land. Why Hanna, Maria, and Valentyna chose to live here after the disaster, in defiance of authority, is a tale about the pull of home and the healing power of shaping one’s destiny.

The Babushkas of Chernobyl is co-directed by Holly Morris and Anne Bogart. 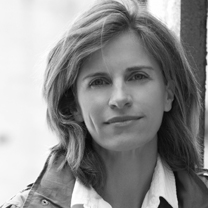 Holly Morris is the author of Adventure Divas: Searching the Globe for a New Kind of Heroine (Random House) which was named a New York Times Notable Book. She is the creator, director, and executive producer of the prime-time PBS documentary series, Adventure Divas, which featured artists, activists, and politicos around the world making change in their home cultures. She is a long-time host of the PBS series Globe Trekker. Her story, A Country of Women (on which The Babushkas of Chernobyl is based) won the Meredith “Creative Excellence Award,” and is the topic of her popular TED Talk. Anne Bogart is a television producer and director who has filmed around the world for the PBS travel series Globe Trekker for 12 years. She has produced and directed numerous entertainment and documentary programming for both French and English-based broadcasters, including the long-running pop culture magazine Eurotrash in the U.K. As a journalist, Bogart has written for W magazine, The New York Times, The Los Angeles Times, Women’s Wear Daily, and ElleDecor magazine, among others. She currently divides her time between Los Angeles and London.

The Babushkas of Chernobyl was among 20 films selected to pitch at HotDocs Forum in April 2014. In addition to the support of Chicken and Egg, the film has received funding from the San Francisco Film Society, the New York State Council on the Arts, and the National Endowment for the Arts.