Beverly May and Terry Ratliff grew up like kin on opposite sides of a mountain ridge in eastern Kentucky. Now in their fifties, the two find themselves in the midst of a debate dividing their community and the world: Who controls, consumes, and benefits from our planet’s shrinking supply of natural resources?

Deep Down is co-directed by Jen Gilomen and Sally Rubin. 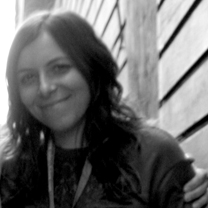 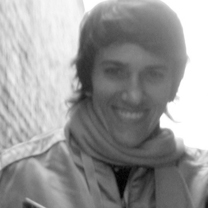 Sally Rubin is a freelance editor and as a full-time professor at Chapman University, where she co-runs the documentary film program. Sally has directed several documentaries for PBS broadcast including The Last Mountain (Mill Valley Film Festival, Angelus Awards Finalist) and a portrait piece about filmmaker David Sutherland. She has edited multiple award-winning documentaries, including Robert Greenwald’s Iraq for Sale and The Freedom Files and the PBS documentary Riverwebs; she was Associate Producer on David Sutherland’s Country Boys (Frontline) and Janet Cole and Jamie Stobie’s Freedom Machines (POV).

Deep Down garnered an Emmy® nomination in the category of New Approaches to News and Documentary in 2011, and was broadcast on the PBS Series Independent Lens. The film is distributed by New Day Films, and participated in the U.S. State Department’s American Documentary Showcase, reaching audiences from Kentucky to Belarus. Through a grant from the Fledgling Fund, and in partnership with Natural Resources Defense Council, Working Films Reel Engagement, and other organizations, the engagement campaign for Deep Down included nearly 200 community screenings, social media, a game, curriculum, and in-person connections between community organizers.

A complete web site for the film with curriculum, a short video series, resources and discussion guides, a press kit, and more can be found at http://deepdownfilm.org.

The Babushkas of Chernobyl