Why is Diane Wilson — mother of five, fourth generation fisherwoman—Public Enemy No. 1 in Calhoun County Texas? Texas Gold  profiles the brave and ballsy actions that have earned Diane Wilson the title of “unreasonable woman:” waging multiple hunger strikes, starting up a business bottling toxic water taken from a superfund site, chaining herself to a DOW chemical tower. Diane believes that “…putting your life at risk is where change happens.” 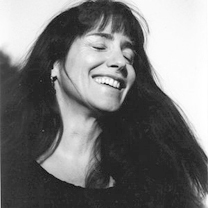 Carolyn Scott is an award-winning filmmaker and creative director with more than 25 years leading teams in education, technical, and film endeavors. Carolyn is a recipient of the National Women’s History Projects: Women Taking the Lead To Save The Planet! She is one of a hundred women worldwide chosen for this one-time award. Other honorees include Jane Goodall, Rachel Carson and Hillary Clinton. Carolyn is executive director at Cool Planet Labs (CPL), whose mission is mass mobilization around climate solutions. The CPL team is comprised of Emmy® Award-winning IT pioneers who are well recognized as thought leaders in interactive media.

What's on Your Plate?