In this searing expose on the state of our democracy and the fracturing of the Republican Party, Academy Award®-nominated directors Carl Deal and Tia Lessin examine the impact of the Citizen’s United decision, which unleashed a torrent of of unlimited, anonymous political spending by corporations and billionaires that changed our democracy.  But in America’s heartland, the filmmakers uncover an unexpected story: Lifelong Republicans standing up to the outsized influence of big money in Wisconsin.

Citizen Koch is co-directed by Carl Deal and Tia Lessin. 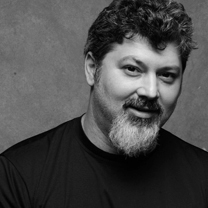 Carl Deal is an Academy Award®-nominated filmmaker and journalist. Along with his collaborator, Tia Lessin, he directed and produced the acclaimed Sundance Grand Jury prize-winning documentary Trouble the Water (2008). Carl was co-producer of Michael Moore’s Capitalism: A Love Story (2009) and archival producer of Cannes Film Festival’s Palme d’Or-winning Fahrenheit 9/11 (2004). Before making films, Deal worked as an international news producer and writer; he holds an M.S. in journalism from Columbia University. 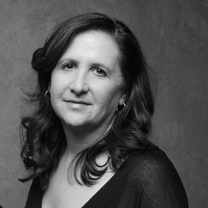 Academy Award®-nominated filmmaker Tia Lessin directed and produced, with Carl Deal, Trouble the Water, winner of the 2008 Sundance Film Festival’s Grand Jury Prize, the Gotham Independent Film Award, and the Full Frame Film Festival’s Grand Jury Prize. She was a co-producer of Fahrenheit 9/11, the Academy Award®-winning Bowling For Columbine, and Capitalism: A Love Story. Tia directed and produced Behind the Labels, for which she received the Sidney Hillman Award for Broadcast Journalism. She line-produced Martin Scorsese’s Emmy®- and Grammy Award-winning film No Direction Home: Bob Dylan and was consulting producer of Living in the Material World: George Harrison.

Citizen Koch premiered at the Sundance Film Festival in competition and also screened at the Full Frame, The Traverse City Film Festival (where it won the Founder’s Prize), DOC NYC and a host of other festivals throughout the country in 2013 and Netroots Nation, Democracy North Carolina, Maine Conservation Voters, the AFL-CIO, SEIU, Powershift, the Amalgamated Transit Workers Union, the American Federation of Teachers Health Care division’s professional issues conference and many other groups have hosted free screenings of the film. Citizen Koch has theatrical engagements booked in over 50 cities around the country in June and July. Additional screenings are being organized in partnership with TUGG. Throughout its theatrical distribution and beyond, Citizen Koch will continue to partner with Move to Amend, MoveOn.org, the Working Families Party, Common Cause and dozens of other organizations to bring about change around the issue of dark money in politics.