What’s on Your Plate? is a witty and provocative documentary about kids and food politics. The film follows two eleven-year-old multi-racial city kids, over the course of a year, as they explore their place in the food chain. 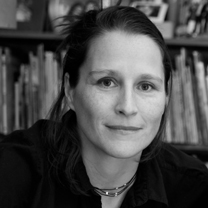 Catherine Gund is an Emmy®-nominated producer, director, writer, and organizer. She founded Aubin Pictures in 1996 in order to produce and promote media work focused on arts and culture, HIV/AIDS and reproductive health, the environment, and other social justice issues. Her films have screened around the world in festivals, theaters, universities, and museums, as well as on television. Her films include Motherland Afghanistan; Making Grace; On Hostile Ground, and the Emmy®-nominated A Touch of Greatness.

What’s on Your Plate? premiered at the prestigious Berlin Film Festival and has played at over 100 general, environmental, and children’s film festivals. The television broadcast reached millions through Discovery’s Planet Green, and the DVD is distributed by Bullfrog Films, the world’s leading educational distributor. The filmmakers also produced an interactive website, 120-page book, and curriculum for grades 5-8 to accompany the book. These materials are now used in schools across the globe.