Sweet Dreams is the story of the women of Ingoma Nshya, the ﬁrst women’s drumming troupe in Rwanda, as they open the country’s ﬁrst local ice cream shop. Kiki Katese, a pioneering theatre director, founded Ingoma Nshya, offering healing for women from both sides of the conflict. Sweet Dreams follows this remarkable group of Rwandan women as they create their own unique path to a future of peace and possibility.

Sweet Dreams is co-directed by Lisa Fruchtman and Rob Fruchtman. 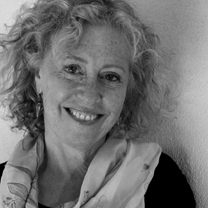 Lisa Fruchtman is an Academy Award® winning editor who has worked in feature film and television. Among her many film projects are Apocalypse Now, The Right Stuff, Children of a Lesser God, The Godfather Part III, The Doctor, My Best Friend’s Wedding and The Woodsman. For television, she has edited such HBO films as Truman, Witness Protection, Point of Origin and Normal. Her awards and honors include an Oscar® for The Right Stuff, Academy Award®- and BAFTA Nominations for Best Editing for both Godfather Part III and Apocalypse Now, and an Emmy® Nomination and a Cable ACE Award for Truman. 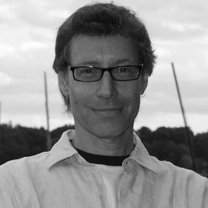 Rob Fruchtman is an award-winning director, producer, and editor of documentaries and television programs. He won the Documentary Director award at the 2002 Sundance Film Festival for his feature film, Sister Helen, which aired on HBO. He has won three Emmys®for his work with PBS. His documentaries have explored the arts, history, world cultures, and social justice issues and have aired in festivals and on television around the world.

Sweet Dreams premiered at the United Nations in 2012, has screened at over 50 domestic and international film festivals, and has played theatrically across the U.S. It continues to be invited to screen at universities, symposiums, conferences and a variety of human rights and community organizations. It is distributed digitally as part of Sundance Selects on iTunes, Netflix, Amazon, and other platforms.

Sepideh - Reaching For The Stars