Oil & Water is the coming of age story of two boys as they each confront one of the world’s worst toxic disasters. Hugo comes to America to fight for the survival of his Cofan tribe in the Ecuadorian Amazon, while David goes to Ecuador to launch the world’s first company to certify oil as “fair trade.” Together they explore what could be a more just future for all people born with oil beneath their feet. Laurel Spellman Smith is a two-time regional Emmy® award-winning producer of national and local programs for PBS, including The NewsHour with Jim Lehrer and the documentary Faith & Fear: The Children of Krishna. She became an independent producer in 2003; in addition to Oil & Water, she co-directed and produced the women’s health documentary Busting Out, which aired on Showtime, and the Iraq War documentary The Corporal’s Diary, seen on PBS stations, Al Jazeera English, and Link TV. She is an annual juror for the News and Documentary Emmy® Awards. 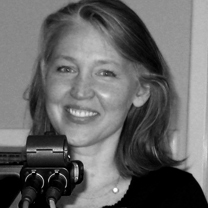 Francine Strickwerda is an award-winning director, writer, and producer of documentary films and websites. She co-directed and produced the acclaimed documentary Busting Out, about American attitudes toward the female breast, which aired on Showtime. In addition to working on local and national shows at Seattle’s KCTS Public Television, she produced and executive edited national websites for PBS and was a senior producer at HealthTalk.com. She currently runs Hullabaloo, a Seattle video production company with her husband. Francine began her career as a reporter for newspapers in Washington and Idaho.

Oil & Water had its world premiere at the 2014 Seattle International Film Festival and its broadcast premiere by PBS on the WORLD Channel’s Global Voices series. It was named one of the 10 Best Eco-Docs of 2014 by EcoWatch. The film has screened at festivals and universities throughout the US, Canada, England, Serbia, Belgium, Armenia, Ecuador, Brazil, India, Borneo, and the Bahamas. Most recently, Oil & Water was on tour throughout the Washington Metropolitan area in October 2017 as part of the Mid Atlantic Arts Foundation’s Film Touring Program.