She’s Beautiful When She’s Angry is a provocative and rousing look at the women’s movement of the 1960’s, as seen through the eyes of grassroots organizers across the country. Alternatively thrilling, scandalous, and hilarious, She’s Beautiful tells the story of activists who led a revolution, demanding equal pay, a right to child care, and not least, sexual freedom. Their stories are tied to issues still in contention today, with young women working for reproductive rights and against sexual violence. 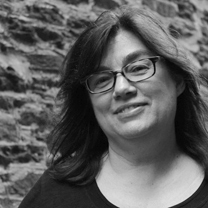 Mary Dore is an award-winning documentary filmmaker who brings an activist perspective to her films. Among her independent films, she produced and directed The Good Fight: the Abraham Lincoln Brigade in the Spanish Civil War (with Noel Buckner and Sam Sills) which screened at the Toronto, Sundance, and London Film Festivals. She has produced dozens of television documentaries for PBS, New York Times TV, A&E, and the Discovery Channel. Her TV work has won Emmys®, Cine Golden Eagles, and Cable Ace Awards.

She’s Beautiful When She’s Angry premiered in April 2014 at the Sarasota Film Festival, partnering with UNWomen’s “Through Women’s Eyes.”  Both shows sold out to very enthusiastic audiences. The film later showed at the Independent Film Festival Boston, with the founders of Our Bodies, Ourselves in the audience. The film received a lengthy standing ovation, and won the Audience Award for Best Documentary at the festival. Judy Norsigian of OBOS is currently planning a college tour with the film, and New Press wants to use the film to tour law schools and law firms, in conjunction with their upcoming book on the ERA, in addition to other prospective partners. We have received offers for distribution, and plan to do a limited theatrical release later this year.