Over three days in 2012, Remote Area Medical, pioneers of “no-cost” health care clinics, treated nearly 2,000 patients on Bristol, Tennessee’s NASCAR speedway. Remote Area Medical affords an insider’s perspective on the event, from ticket distribution determining who gets seen, to routine check-ups taking turns for the worse, to the risky means of securing pain relief. But it is the stories of the patients, desperate for medical attention, that create a lasting impression about the state of health care in America. 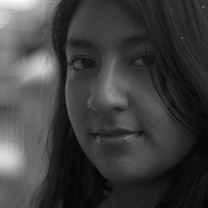 Farihah Zaman is a Brooklyn-based director, producer, and film critic. Her diverse background in the film industry includes programming and serving on the Advisory Board of the Film Southasia Documentary Film Festival and working as the Acquisitions Manager at Magnolia Pictures. As Program Manager of The Flaherty, she organized their historic, contentious annual film seminar and launched a monthly screening series at Anthology Film Archives. She regularly contributes to Reverse Shot, The Huffington Post, Filmmaker Magazine, and AV Club, among others. 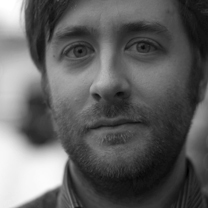 Jeff Reichert’s first feature, Gerrymandering, premiered at the 2010 Tribeca Film Festival and was named one of the best of the festival by New York Magazine. His work in distribution includes release campaigns for some of the most theatrically successful documentaries in recent years, including Academy Award®-nominees Capturing the Friedmans; Enron: The Smartest Guys in the Room; and Jesus Camp; as well as Academy Award® winners Man on Wire and Joan Rivers: A Piece of Work.

Following its world premiere at the 2013 Full Frame Documentary Film Festival, Remote Area Medical screened at over 30 film festivals throughout the U.S. and Canada. The film was awarded Best Film at the Traverse City and Hawaii Film Festivals and collected the Documentary Grand Prize at the Hell’s Half-Mile Film Festival. Remote Area Medical additionally screened at Hot Docs, IFFBoston, and the Seattle International Film Festival, among others. The filmmakers are currently at work on an educational outreach campaign for the film that will include a Capitol Hill screening event in Washington, D.C. and a national medical school screening event. Remote Area Medical was picked up for a 2014 theatrical distribution by Cinedigm.