Private Violence explores a simple but deeply disturbing fact of American life: The most dangerous place for a woman in America is her own home. Every day in the U.S., at least four women are murdered by abusive (often, ex-) partners. The knee-jerk response is to ask,“Why doesn’t she just leave?” Private Violence shatters the brutality of this logic. Through the eyes of two survivors, we bear witness to the complicated and complex realities of intimate partner violence. 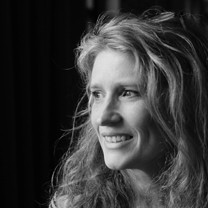 Cynthia Hill crafts documentaries that take a complex approach to critical contemporary issues, creating story-driven and visually rich films. The subjects of her work range from tobacco farming to Latino migrant labor and Southern foodways, and challenge dominant narratives about the rural South. Cynthia’s films lay bare the assumptions behind the systems that drive people’s everyday lives. Producer/director credits include Tobacco Money Feeds My Family, The Guestworker, February One, and the Peabody-award winning A Chef’s Life. Cynthia is the co-founder of the Southern Documentary Fund, a nonprofit organization established to support place-based storytelling.

Private Violence premiered at the Sundance Film Festival, where we were able to change the conversation around a “murder-suicide” that took place during the festival. Our engagement helped the community and media in Salt Lake City to understand this “murder-suicide” as a case of domestic violence. We were the recipient of the True/Life Fund at the True/False Film Festival. Other awards include the Full Frame Festival’s Human Rights Award, The Dallas International Film Festival’s Silver Heart Award, the Candescent Award, and the Women in Film Award. We are honored to be the opening night film at the Human Rights Watch Film Festival in NYC. At every screening, we reach out the domestic violence prevention and first responder communities as part of our multimedia engagement campaign, which is centered around changing our cultural response to domestic violence.