At a public hospital in Nicaragua, OB-GYN Dr. Carla Cerrato contends with the harrowing implications of a new law that bans all abortion, even in cases of rape or incest or to save a woman’s life. Doctors must navigate between the potential of prosecution and medical protocols that save lives. The drama illuminates the reality of prohibition against the backdrop of a political, religious, and historically complex identity. As the fatalities escalate, Dr. Cerrato’s outrage transforms into a willingness to act boldly.

A Quiet Inquisition is co-directed by Alessandra Zeka and Holen Sabrina Kahn. 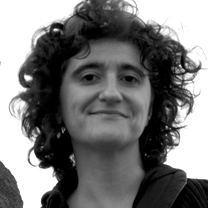 Alessandra Zeka, a director, producer, and cinematographer, founded Adrenaline Films in 1998. For over 15 years, she has created a dynamic cinematic style wherein her subjects tell their stories compellingly and intimately. She has documented hard-to-find stories in China, India, Albania, Central America, and more, and her films have been broadcast on networks such CNN International, Al Jazeera, ARTE, docuchanel, CBC, RAI, and TVE2. She has received support from Sundance/Soros Open Society, Jerome Foundation, the Rockefeller Brothers Fund, N.Y.F.A., Artslink, and N.Y.S.C.A., among others. Born in Spain, she lives in New York City when she is not working or playing around the globe. 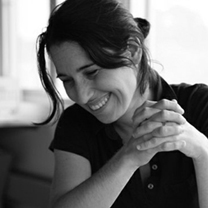 Holen Sabrina Kahn is a filmmaker and visual artist. Her work has exhibited widely in festivals, galleries, and broadcast. Projects include Cauldron, shorts on love, time, and the Pacific; Life of a Woodenfish, on Buddhist monastic life; and a series on the Rwanda genocide, including the film Diplomatic Immunity, winner of the 2002 New York Film Festival’s Grand Marnier Award. Since 1998 she has partnered with Adrenaline Films in producing human rights-based documentaries. Holen has also worked extensively as an editor, and holds an MFA from the School of the Art Institute, Chicago. When not making films she flies trapeze.