Edie is a teen who smuggles immigrants into the U.S. while promising himself that he will never get worn-out at the assembly plant. Carmela is a nine-year-old who collects scrap metal in Tijuana’s dumps yet every day at sunset she fantasizes of a better life while watching the kites that fly over her slum. Brothers Adrián and Fernando don masks to conceal their youth and perform wrestling matches at busy intersections all the while dreaming of becoming famous Mexican fighters. 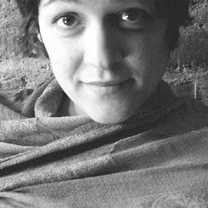 Yolanda Pividal is a Spanish journalist and documentary filmmaker. Her work has received support and recognition from IFP-Fledgling Fund (Emerging Latino Filmmaker Award), International Documentary Association (IDA Awards Nominee), Student Academy Awards® (Best Doc finalist), National Board of the Review, and more recently, the Kathryn W. Davis Fellowship for International Understanding Through Film from the Jacob Burns Film Center, among others. As a TV producer and editor, she has been awarded four NY Emmys® for her work in the award-winning doc series Nueva York (CUNY TV). Of Kites and Borders is her first feature documentary.

As if it was meant to be, Of Kites and Borders premiered on both sides of the border at San Diego Film Festival (2013) and Docs DF (Mexico, 2013) and was awarded Best Documentary Film in both events. Since then, it has been screened at the prestigious Festival de Nuevo Cine Latinoamericano (Cuba, 2013), Festival de Cine de Málaga  (Spain, 2013), Havana Film Festival New York (Havana Star Prize for Best Documentary, 2014), and Ashland Independent Film Festival (Best Feature Documentary and Best Editing Nominee, 2014). The film has been reviewed as “an unique and essential film to understand how borders affect people’s lives” by the Colegio de la Frontera Norte (COLEF) — considered the most important academic institution specialized on the U.S./Mexico border region. As it continues the festivals circuit, Of Kites and Borders is getting ready to take on a series of community outreach screenings around the world.