My Favorite Neoconservative offers a rare glimpse of intimate Washington politics through a unique father-daughter relationship. The main character is the filmmaker’s father, Edward Luttwak, who makes a living as a military strategist. He devised the air campaign of the first Iraq War; his life was threatened on the nightly news by the notorious terrorist, Abu Nidal. The film tells a father-daughter story with a massive military and political twist. 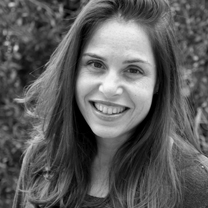 Yael Luttwak directed and co-produced A Slim Peace, which premiered at the Tribeca Film festival in 2007.  Her film was broadcast worldwide and on the Sundance Channel in the U.S. Yael graduated from the London Film School, and assisted Oscar®-nominated Mike Leigh’s production, Two-thousand Years. Her short films have been widely distributed, including Hans Rausing, by BritShorts, and Yitzhak Rabin: 1922-1995, a New Regency production. As resident filmmaker of the San Francisco Jewish Film Festival, Yael completed My Favorite Neoconservative and is in post-production on Alex’s Letters.

My Favorite Neoconservative premiered at multiple cities throughout the US through the Jewish Film Festival, including San Francisco and Boston in 2014, and Washington in 2015.

Of Kites and Borders