Earth Camp One is a work of creative nonfiction about how the director lost four  family members in five years. It’s also about a hippie summer camp in the 1970s. The connection between the loss and the camp is this: We spend years leaving our families; what happens when they leave us? The film includes animation about various conceptions of the afterlife. At heart, the story considers, often with humor, how death itself is a forbidden topic. 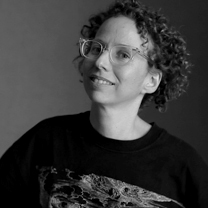 Jennie Livingston’s film Paris is Burning won a Sundance Grand Jury Prize and was included in New York Magazine’s  2008 40th anniversary approval matrix. Livingston’s films include Who’s the Top?, a musical sex comedy that The Los Angeles Times called “witty and accomplished;” and Through the Ice, which was seen on WNET and at Sundance. Her film work has been supported by the Guggenheim Foundation, Netflix, and numerous donors. Her most recent work-for-hire appears in Elton John’s current stage show.