Gideon’s Army follows Travis Williams, Brandy Alexander, and June Hardwick, three public defenders who are part of a small group of idealistic lawyers in the deep south who are challenging the assumptions that drive a criminal justice system strained to the breaking point. Backed by mentor Jonathan “Rap” Rapping, a charismatic leader who heads the Southern Public Defender Training Center, they struggle against long hours, low pay, and staggering caseloads so common that even the most committed often give up in their first year. 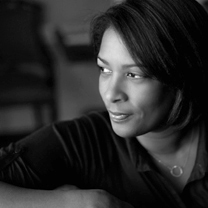 Dawn Porter is founder of Trilogy Films. She produced and directed Spies of Mississippi, which aired on Independent Lens in February 2014, and was named one of Reelscreen Magazine’s 2012 “Doc Hot Shots: 15 Emerging Directors to Watch.”

Gideon’s Army premiered at the 2013 Sundance Film Festival where it won the Best Editing Award. It recently had its broadcast television premiere on HBO, receiving rave reviews and high ratings — hailed as “essential…gripping and beautiful” by Esquire magazine and described by The New York Times as a “stirring” film.