Land of Opportunity is an ongoing exploration of the process of community redevelopment in the face of crisis/disaster. Including a film and new experimental interactive web platform, the project explores the fundamental question: What kinds of communities do we want to (re)build in the 21st century?  From New Orleans to New York, Katrina to Sandy, we, along with partners in sister cities, create and curate stories addressing the core issues happening to cities and towns near us all. 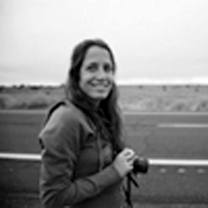 Brazilian-American filmmaker Luisa Dantas has worked on a wide array of documentary and narrative projects in the U.S. and Brazil. Her most recent project, Land of Opportunity, chronicles the reconstruction of New Orleans through the eyes of those on the front lines. Luisa also co-produced the acclaimed documentary, Wal-Mart: The High Cost of Low Price, and directed and produced the web-series Voices From the Gulf for Color of Change. She teaches screenwriting and documentary filmmaking at Tulane University. Luisa holds a BA from Brown University and an M.F.A in Film from Columbia University.

Land of Opportunity was featured in IFP’s Independent Film Week in 2007 and 2009, where it was nominated for multiple awards sponsored by the Fledgling Fund. In August 2010, Arte broadcast the European version of the feature film in France and Germany. Land of Opportunity made its premiere at the It’s All True/É Tudo Verdade International Documentary Film Festival in Rio de Janiero in the spring of 2011. It has since screened at several international film festivals and won Best International Documentary at the Reel World Film Festival in Toronto. The Land of Opportunity platform was named an Official Honoree for Best Community Website at the 35th Annual Webby Awards and is currently in use in classrooms nationally, including MIT, Tulane, and UNO.