In Uganda, a new bill threatens to make homosexuality punishable by death. David Kato, Uganda’s first openly gay man, and retired Anglican Bishop Christopher Senyonjo, work against the clock to defeat state-sanctioned homophobia while combatting vicious persecution in their daily lives. But no one is prepared for the brutal murder that shakes their movement to its core and sends shock waves around the world.

Call Me Kuchu is co-directed by Malika Zouhali-Worrall and Katherine Fairfax Wright. 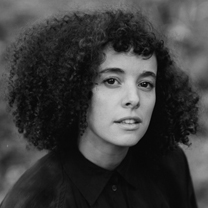 Malika Zouhali-Worrall is a British/Moroccan filmmaker. Her journalism work has been published in The Financial Times, and she has reported for CNN.com from India, Uganda, and China. Malika holds an MA from the Paris Institute of Political Studies, and she is a graduate of Cambridge University. Malika is a Roger Ebert Directing Fellow and an alumnus of the Film Independent Documentary Lab and the Garrett Scott Documentary Grant. In 2012, Filmmaker Magazine named Malika one of 25 New Faces of Independent Film. She is currently finishing production with co-director David Osit on her next documentary, Thank You For Playing. 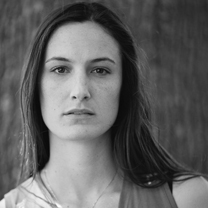 Katherine Fairfax Wright graduated from Columbia University with a double major in Film Studies and Anthropology. She produced Malik Vitthal’s Watts-set gangster drama Imperial Dreams (Sundance, 2014), Gabi on the Roof in July (2010), associate produced the award-winning documentary Lumo, and has worked in a producing role on several other films. She is also an award-winning photographer. Katherine is a Chaz & Roger Ebert Directing Fellow, and an alumnus of the Film Independent Documentary Lab, the Garrett Scott Documentary Grant, and the Film Independent Producing Lab. In 2012, Filmmaker Magazine named Katherine one of the 25 New Faces of Independent Film.

Since the 2012 world premiere at the Berlin Film Festival, Call Me Kuchu has played 200+ festivals, won 20 awards, and been translated into eight languages. The film was theatrically released in four countries, and distributed on DVD/iTunes. Ugandan activists have participated in 29 Q&As in the US, Europe, Africa and Russia, and been interviewed by the BBC, CNN, NPR, among others. The film was screened by the U.S. State Department at The World AIDS Conference, and shown for the British Parliament and the High Commissioners of Commonwealth Countries. Call Me Kuchu has screened across Africa, and was featured as the opening event for the first ever Uganda Pride in 2012. After viewing the film, UN Secretary General Ban Ki-moon publicly stated: “The hardest work is done by local activists like those you will see in this film. I am proud to join in this great human rights cause.”