After his nine-year-old daughter died of leukemia, Marine Corps drill instructor Jerry Ensminger wanted to know why. His search for answers uncovers one of the largest water contamination incidents in American History. 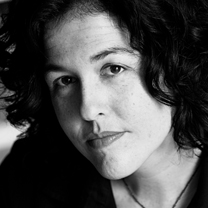 Rachel Libert is a New York-based producer / director. Her work includes the Oscar-shortlisted and Emmy-nominated film Semper Fi: Always Faithful, which tells the story of the water contamination at Marine Corps Base Camp Lejeune, and the award-winning television series Boomtown, which examined the impact of an oil boom on a small North Dakota town. Her critically-acclaimed documentary Beyond Conviction was broadcast as a primetime special on MSNBC and featured on The Oprah Winfrey Show and the Today Show. She is the recipient of the 2012 Ridenhour Documentary Prize and a Sundance Institute Documentary Fellow. 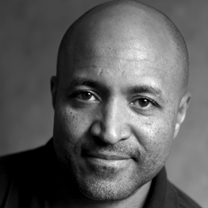 Tony Hardmon is the co-director of the Oscar-shortlisted and Emmy-nominated documentary Semper Fi: Always Faithful, which tells the story of the water contamination at Marine Corps Base Camp Lejeune and chronicles the work of Master Sgt. Jerry Ensminger. Tony is also a veteran cinematographer who has worked on numerous projects for television and theatrical release. His credits include Heidi Ewing and Rachel Grady’s Boys of Baraka and Detropia, Stacey Peralta’s Made in America, and Liz Garbus’ The Execution of Wanda Jean. He is the recipient of the 2012 Ridenhour Documentary Prize and a Sundance Institute Documentary Fellow.

In the summer of 2011, the filmmakers screened Semper Fi: Always Faithful on Capitol Hill. This screening was hosted by a bi-partisan group of Congressmen and Senators. In February 2012, the film aired as a primetime special on MSNBC. On August 6, 2012, President Obama signed the Honoring America’s Veterans and Caring for Camp Lejeune Families Act which provides health care to veterans and their families made ill from the contaminated drinking water. Film subjects Jerry Ensminger and Mike Partain and directors Rachel Libert and Tony Hardmon were at the intimate Oval Office signing ceremony. Awards and Honors: Emmy® Nomination, Shortlist for Best Documentary, Academy Awards®, The Ridenhour Documentary Film Prize, Best Editing, Tribeca Film Festival, Best Documentary Woodstock Film Festival, Gracie Award. The film is available digitally on iTunes, Amazon, and NetFlix and DVDs are available at Barnes and Noble and Amazon.