The “Girls” have been friends for years, bonding over hopes, dreams, pain, heartbreak, and food. In some ways they are typical women, seeking support and comfort in each other’s company. What makes the “Girls” extraordinary is that they are all obese. They support each other through stigma and have not wavered on their pride in their size. But now, as some pursue weight-loss surgery, their center has shifted and has upset everything they knew about happiness, friendship and love. 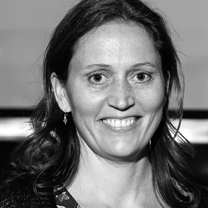 Alexandra Lescaze is a NY-based documentary filmmaker and the Executive Director of the Sidney Hillman Foundation, home of the annual Hillman Prizes in Journalism and monthly Sidney Awards, honoring excellence in journalism in service of the common good. Her first film, Where Do You Stand? Stories From an American Mill, documented the 25-year effort of North Carolina textile workers to organize a union in the face of modernization and globalization.

All of Me premiered at the Los Angeles Film Festival in June 2013. It played in several other festivals, winning an Audience Award at the Austin Film Festival. All of Me had its television premiere on PBS’ Independent Lens on March 24, 2014. The Wall Street Journal called it “outstandingly potent,” saying “this cooly penetrating film honors women who address the reality of their lives with ferocious eloquence.” All of Me continues to screen widely in semi-theatrical venues and weight-loss surgery support groups around the country.  One support group leader’s review: “All of Me is the intriguing story of the elements of the weight-loss journey we don’t communally talk about but always linger in the shadows of our struggles with obesity.”  The movie is now available on iTunes in the US and English-speaking territories, and will soon be available on DVD and download.