Wonder Women! traces the fascinating evolution and legacy of Wonder Woman. From the birth of the comic book superheroine in the 1940s to the blockbusters of today, Wonder Women! looks at how popular representations of powerful women often reflect society’s anxieties about women’s liberation. Wonder Women! goes behind the scenes with Lynda Carter, comic writers and artists, and real-life superheroines like Gloria Steinem, who offer an enlightening and entertaining counterpoint to the male-dominated superhero genre. 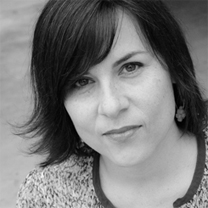 Kristy Guevara-Flanagan’s first feature-length film was an acclaimed documentary covering four years in the lives of four adolescent girls. Going on 13 was an official selection of Tribeca, AFIDOCS (formerly known as SILVERDOCS), and many other film festivals worldwide. It received funding from ITVS and was broadcast on public television in 2009. Kristy has also produced and directed several short films, including El Corrido de Cecilia Rios, winner of the Golden Gate Award for Best Bay Area Short Documentary at the San Francisco International Film Festival, a chronicle of the violent death of 15-year-old Cecilia Rios. It was an official selection of the Sundance Film Festival and subsequently broadcast on the Sundance Channel. Her most recent feature, Wonder Women! The Untold Story of American Superheroines, traces the evolution and legacy of the comic book hero Wonder Woman as a way to reflect on society’s anxieties about women’s liberation. The film garnered numerous awards, premiered at the South by Southwest Film Festival in 2012 and was broadcast on PBS’s Independent Lens series in 2013. Now an Assistant Professor at UCLA, Kristy holds a MFA in Cinema from San Francisco State University. Her recent short, What Happened to Her, premiered at the Hot Docs Canadian International Film Festival wherein it received an Honorable Mention for best short.

Wonder Women! has screened at many festivals around world, including its world premiere at SXSW, the Official Selection of the DOC NYC Film Festival, and GAZE 21st International LGBT Film Fetsival in Dublin. Wonder Women! was the winner of Best Documentary at the BEND Film Festival, the Audience Award at the Indianapolis Festivalx, and in 2013 was broadcast on the acclaimed PBS series Independent Lens. Most recently, the film traveled with the Mid-Atlantic Arts Foundation On Screen/In Person screening tour, and continues to have an impact in university classrooms across the nation.

Come Hell or High Water: The Battle for Turkey Creek