Mona Peek is jarred by delayed grief for her dead father when she learns that her childhood home has been sold. Her plight is the subject of an esoteric card game played by four animated dogs, who, over the course of a problematic weekend, proceed to steal Mona’s objects, impersonate humans, and intervene with fate. The Toe Tactic uses live action and animation to explore human and other realms as Mona finally finds her way to reconnect with the world. 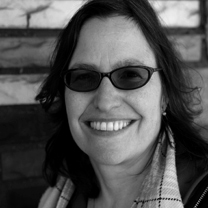 Emily Hubley has been making animated shorts for thirty years; her films are in the permanent collection of the Museum of Modern Art. Her 2012 short, and/or, screened at the San Francisco and Black Maria Film Festivals, Rooftop Films, and in Poland and Hiroshima. Write Back (2014) premiered at Cinefamily’s  Animation Breakdown in Los Angeles. Emily provided animation for Diane Whitten’s documentary Vessel (2014), award winner at SXSW. Current projects include inserts for Danny Says, by Brendan Toller, and Linda Moroney’s Turn the Page.

The Toe Tactic had its theatrical premiere at the Museum of Modern Art in January 2009 and was released on DVD by Kino International in the fall. In 2008, the film screened at numerous prestigious film festivals including SXSW, New Directors/New Films and the San Francisco and Rio de Janiero International Film Festivals. More recent screenings include the Southern Circuit tour and festivals in Krakow and Poznan in Poland, and Trebon in the Czech Republic.