The US isn’t broke; we’re the richest country on the planet where the richest among us are doing exceptionally well. But the truth is, our economy is broken, producing more pollution, greenhouse gasses and garbage than any other country. This film imagines a shift toward making investments in clean, green solutions—renewable energy, safer chemicals and materials, zero waste and more—that can deliver jobs and a healthier environment. It’s time to rebuild the American Dream; but this time, build it better. 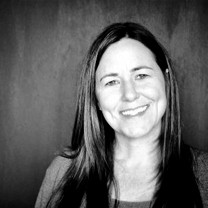 Annie Leonard is a tireless fighter for the environment and a longtime leader in the movement to change the way we make, use, and throw away Stuff. She has over two decades experience investigating where our Stuff comes from and where it goes when we toss it. Annie is the creator of The Story of Stuff, a fact-filled, fast-paced exploration of the impact of the materials economy on people and the planet. That movie blossomed into The Story of Stuff Project, which works to empower people around the globe to fight for a more sustainable and just future.

The Story of Broke was created and released by The Story of Stuff Project, along with more than two dozen leading progressive, environmental, labor and economic justice organizations, including Sierra Club, Friends of the Earth, Good Jobs First, National Priorities Project, Physicians for Social Responsibility and many others. The movie was produced by Free Range Studios. The Story of Broke has been viewed online more than 470,000 times to date.