The Great Invisible is a feature documentary that uncovers the hidden dramas behind the BP Oil Spill and examines the global oil economy through the lens of characters that work in the oil and fishing industries on the Gulf Coast. The viewer plays a role in this narrative, as each of us contributes to the growing consumption of oil and gas. Ultimately, we will decide the next chapter of this story. 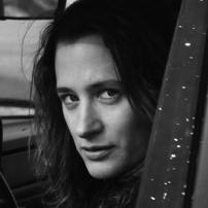 Margaret Brown received the 2010 Peabody Award for her second documentary feature, The Order of Myths, which also won the Truer Than Fiction Award at the 2009 Independent Spirit Awards and was nominated for Best Documentary. Brown’s first feature was the acclaimed documentary Be Here to Love Me: A Film About Townes Van Zandt, which premiered at the Toronto International Film Festival and received worldwide theatrical distribution. Margaret is the recipient of a 2012 United States Artists fellowship. The Great Invisible is her third feature.

The Great Invisible premiered at the 2014 SXSW Film Festival where it won the Documentary Competition’s Grand Jury Prize.