Alin, Beni, and Dana, three Roma children from a small Transylvanian town, participate in a project to desegregate the local school, struggling against bigotry with humor, optimism, and sass. Shot over four years, this tender vérité story touches on institutionalized racism in education and intractable poverty, culminating in an outrageous finale that cements the Roma children’s struggle in the annals of egregious human rights violations. Our School is an absorbing, infuriating, and ultimately bittersweet story of tradition and progress.

Our School is co-directed by Mona Nicoara and Miruna Coca-Cozma. 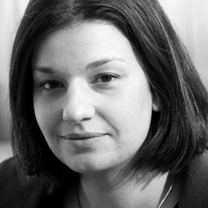 Mona Nicoara was born in Communist Romania; after the 1989 Revolution she began creative work with human rights activism, and continued these parallel tracks after moving to New York to pursue graduate studies at Columbia University in 1995. She started working in film in 1997 as an associate producer for Children Underground, a U.S. feature-length documentary about street children which received the Special Jury Prize at the 2001 Sundance Film Festival, went on to win the Gotham Documentary Achievement Award, and was nominated for an Academy Award® for Best Feature Documentary. 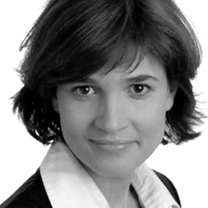 Co-Director and Co-Producer Miruna Coca-Cozma is a graduate of the BBC School of Journalism and of the Romanian Theatre and Film Academy; she has worked as a journalist for Antena 1, TVR, TSR, and France 5. Her most recent project is Omar Porrs: Sorcier de la Scene (2008) for TSR.

Our School premiered at the 2011 Tribeca Film Festival, and went on to over 60 festivals world-wide. It received the Grand Jury Prize for Best U.S. feature at AFI Silverdocs and Best International Feature at Human Rights Arts and Film Festival in Australia, and was nominated for Best Eastern European Feature at the Silver Eye Awards and for Best Romanian Documentary at the Gopo Awards, among other honors. Our School has been screened before the U.S. Congress, the European Parliament, the Romanian Ministry of Education, and the Organization for Security and Cooperation in Europe, as well as for a large number of teachers, teacher trainers, public interest lawyers, and judges in most European countries where school segregation and discrimination against Roma is prevalent. Amnesty International, the Roma Education Fund, the European Roma Rights Center and the Open Society Institute are among the primary partners for ongoing advocacy work.

Something Better to Come