Victims and perpetrators of Sierra Leone’s civil war come together in an unprecedented program of tradition-based truth-telling and forgiveness ceremonies. Through reviving their ancient practice of fambul tok (family talk), Sierra Leoneans are building sustainable peace at the grass-roots level – succeeding where the international community failed. Filled with lessons for the West, this film explores a culture that believes that true justice lies in redemption for individuals – and that forgiveness is the surest path to building healthy communities. 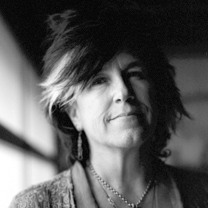 Sara Terry made a mid-career transition into documentary photography and filmmaking after nearly two decades of work as an award-winning reporter. Since that time, her work has focused mainly on post-conflict issues. Her long-term project about the aftermath of Bosnia’s war, Aftermath: Bosnia’s Long Road to Peace, led her to found The Aftermath Project, a non-profit which supports photographers covering the aftermath of conflict and creates publications and curriculum on post-conflict and visual literacy issues. She has directed and produced two documentaries, Fambul Tok (2011) and Folk (2013). She is a 2012 Guggenheim Fellow in Photography.

Fambul Tok, which premiered at SXSW in 2011, has gone on to screen at over a hundred festivals around the world, winning several awards. It has aired on EPIX, and is distributed on DVD by First Run. It continues to be screened at festivals, in schools, and for international policy makers.

The Factory and Me