When their shantytowns are threatened with mass eviction, three “young lions” of South Africa’s new generation refuse to be moved from their homes. Dear Mandela follows their journey from their shacks to the highest court in the land as they invoke Nelson Mandela’s example and become leaders in a growing social movement. Dear Mandela offers a new perspective on the role that young people can play in political change and is a fascinating portrait of South Africa coming of age.

Dear Mandela is co-directed by Dara Kell and Christopher Nizza. 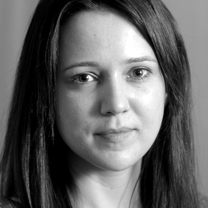 Dara Kell is a South African filmmaker, writer, and editor. Before Dear Mandela, she shot, directed, and edited a five-part short documentary series in Brazil about children’s perspectives during the 2014 FIFA World Cup. She is a Sundance Institute Creative Producing Fellow, a Poverty Scholar at Union Theological Seminary, and recipient of Participant Media’s “Outstanding Filmmaker” award, representing Africa. Her work has been supported by the New York State Council on the Arts and the Ford Foundation. 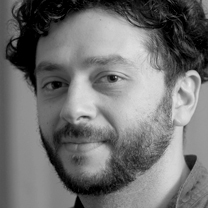 Christopher Nizza is a New York born, bred, and based filmmaker and editor whose Emmy® Award-winning work includes documentaries, commercials, and music videos. He directed a five-part short documentary series in Brazil about children’s perspectives during the 2014 FIFA World Cup. He produced and edited feature pieces for Figure Skating at the 2010 Winter Olympics and Gymnastics at the 2012 Summer Olympics, NBC’s two highest-rated venues at the Games. He directed Let Me See That Ponytail Run, an award-winning music video for the alt-country band The Defibulators. Dear Mandela is his first feature documentary.

Dear Mandela has won multiple awards, including the Grand Jury Prize at the Brooklyn Film Festival, “Best South African Documentary” at the Durban International Film Festival, and the “Golden Butterfly Award” at the Movies That Matter Festival. It was nominated for an African Academy Award. It was broadcast in the United States on PBS, on satellite TV across the African continent, and in numerous European countries. Since completion, the film has screened in high schools, law schools, and shantytowns in 37 countries and has been translated into 10 languages.

Local language versions of Dear Mandela screen in slums across Brazil, India and Nigeria as part of a three-year audience engagement campaign that unites leaders and shares strategies for successfully resisting forced evictions. In South Africa, legal aid workshops combined with Dear Mandela screenings educate residents at risk of eviction about their right to housing and nurtures young community leaders.