Brooklyn Castle tells the stories of five members of the chess team at a below-the-poverty-line junior high school that has won more national championships than any other in the country. The film follows the challenges these kids face in their personal lives as well as on the chessboard and shows how their dedication to chess magnifies their belief in what is possible for their lives. After all, if they can master the world’s most difficult game, what can’t they do? 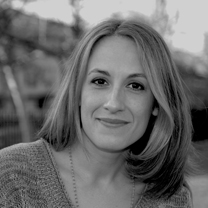 Katie Dellamaggiore previously directed and shot UR Life Online, an educational film on A&E about cyberbullying that was nominated for an Emmy® for Single Camera Editing. Katie has also worked on the award-winning documentaries 39 Pounds of Love, To Die in Jerusalem, 51 Birch Street, and American Teen and the MTV docu-series True Life, MADE, and 16 and Pregnant.

Brooklyn Castle was broadcast on P.O.V. and included in PBS’s American Graduate program. There have been 50 high impact screenings, 30 film festival screenings and 50 theatrical release markets to date, with a wide digital release on iTunes, Netflix, Amazon, and Movies on Demand. The film was nominated for an NAACP Image Award for Best Documentary, and won a SXSW Audience Award, a Christopher Award, and a Newport Beach Film Festival Audience Award; it was named a Top 10 Audience Favorite at Hot Docs. Brooklyn Castle garnered significant press attention, including from NPR’s All Things Considered, NBC’s Today Show, MSNBC, CNN, FOX, The Steve Harvey Show and The Daily Show with Jon Stewart. International outreach screenings have reached as far as Israel, Turkey, and Armenia with the American Films Showcase, hosted by the U.S. State Department. The film is currently being adapted into a scripted feature by Scott Rudin Productions and Sony Pictures.