Always in Season participated in the 2018 (Egg)celerator Lab. 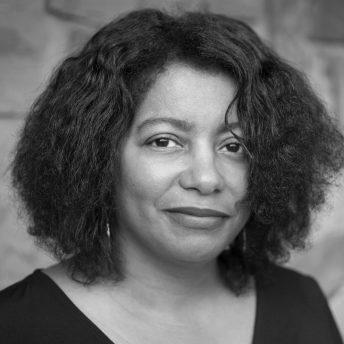 Jacqueline Olive is an independent filmmaker and immersive media producer with more than a decade of experience in journalism and film. Her debut feature documentary,  Always in Season, will premiere in competition at the 2019 Sundance Film Festival. She also co-directed and produced the award-winning short documentary, Black To Our Roots, which broadcast on PBS World. Jacqueline has been a Sundance Documentary Edit & Story Lab Fellow, a Sundance Documentary Film Program Fellow, and Sundance Music & Sound Design Lab fellow. She also received the Emerging Filmmakers of Color Award from International Documentary Association and the Jonathan Logan Family Foundation. Jacqueline has been a immersive media fellow with the Bay Area Video Coalition Institute for New Media Technologies and Mediamaker Fellows, the Black Public Media New Media Institute, and most recently, the Open Immersion VR Lab sponsored by the Ford Foundation, National Film Board of Canada, and the Canadian Film Centre. She is currently producing a VR companion to Always In Season that uses 360° video and computer-generated imagery (CGI) to explore themes of dehumanization and violence, offering strategies for moving confidently through the racialized public spaces that black women navigate daily. Jacqueline has an MA from the University of Florida Documentary Institute and previously worked on the production team of the Emmy Award-winning PBS documentary series, Independent Lens.

Always in Season premiered at the 2019 Sundance Film Festival, where it received the Special Jury Award for Moral Urgency – US Documentary Competition. The film is now available to stream on Amazon Prime, iTunes, Google Play, and Vudu.