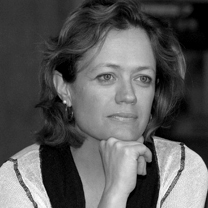 As Director of Ford Foundation’s JustFilms initiative, Cara Mertes leads a global initiative that supports filmmakers and key organizations that sustain the art of contemporary-issue film and digital storytelling in the service of social justice goals. She was director of the Sundance Institute Documentary Film Program and Fund from 2006-2013, annually supporting dozens of social issue films and designing Labs and creative support opportunities for more than 100 Sundance artists each year. While at Sundance, she spearheaded many global partnerships, including the Skoll Foundation Stories of Change partnership, the TED Prize Filmmaker Award and with BritDoc Foundation’s Good Pitch. Prior to Sundance, she was executive producer of the PBS “P.O.V.” documentary series from 1999-2006, where she received multiple Emmy awards, George Foster Peabody awards, duPont-Columbia awards and a Webby award. She has executive produced several Oscar-nominated films, including Street Fight; My Country, My Country; and The Betrayal – Nerakhoon. She served as executive director of American Documentary Inc., has produced and directed for PBS, produced “Independent Focus” for WNET/New York, and taught and written about independent documentary. A graduate of Vassar College and the Whitney Independent Study Program, she is completing a master’s degree in communications from Hunter College. She is a graduate of Harvard University’s Owner/President Management Program and a member of WGA East and AMPAS.