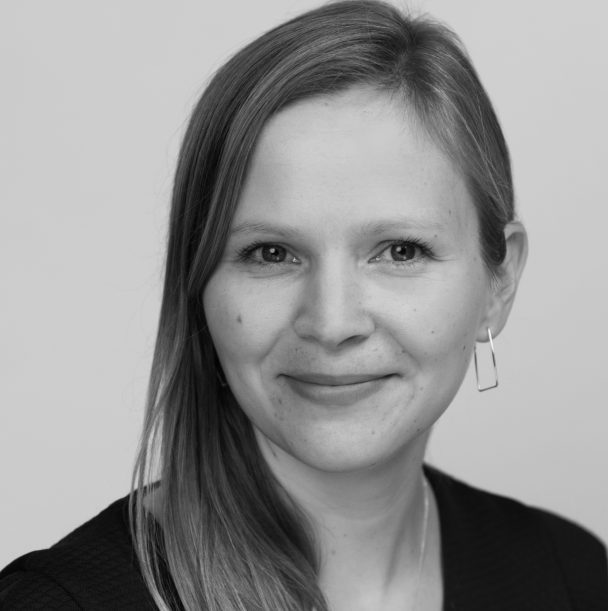 As Director of Operations & Innovation, Sarah ensures that Chicken & Egg Pictures’ internal systems effectively support its mission. Aiming to implement the best innovations in nonprofit practices, she oversees the achievement of goals for operational efficiency, personnel development, and financial performance. Since 2014, she has overseen and implemented a range of projects, including the development of the 2019-2021 Strategic Plan; incorporating Chicken & Egg Pictures, Inc.; and establishing the operations for the 501(c)(3) when the organization spun from its fiscal sponsor in 2016. She has also worked on the Impact & Innovation Initiative, which supported directors exploring and shaping new forms of nonfiction media.

Prior to Chicken & Egg Pictures, Sarah worked for the International Center for Transitional Justice (ICTJ), a human rights and accountability organization, where she managed the Program Office and the media initiative Pivot Pictures. At ICTJ, she was Associate Producer for the feature documentary La Toma, which screened at the Cartagena and Human Rights Watch International Film Festivals. Originally from Detroit, Sarah holds a BA in History from the University of Michigan and Diplôme du Programme International from the Institut d’Études Politiques de Paris (Sciences Po).