Every time 22-year-old Heba Afify heads out to cover the historical events shaping her country’s future, her mother is compelled to remind her, “I know you are a journalist, but you’re still a girl!” Defying cultural norms and family expectations, Heba takes to the streets to report on an Egypt in turmoil using tweets, texts, and Facebook posts. Her coming of age political awakening, and the disillusionment that follows, mirrors that of a nation seeking the freedom to shape its own destiny, dignity, and democracy.

Words Of Witness is directed by Mai Iskander. 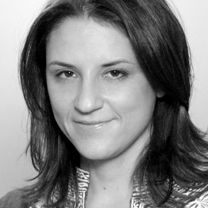 Mai Iskander produced, directed and filmed the award-winning documentary films Garbage Dreams, (SXSW, IDFA) and Words of Witness (Berlin, Los Angeles Film Festival). Garbage Dreams was shortlisted for the 2010 Academy Awards® in the category of Best Feature Length Documentary, was nominated for the 2010 Best Documentary by the Director’s Guild of America, and won 26 international awards including the Al Gore Reel Current Award and IDA Humanitas Award; it aired on PBS/Independent Lens and PBS/Global Voices. In addition to her work on documentaries, Mai works both as a director and cinematographer on commercials and branded content, including for IBM, the American Hospital Association, and Partnership for a Drug-Free America.

Funded by the John S. and Catherine T. MacArthur Foundation, Words of Witness premiered at the Berlin Film Festival on the first year anniversary of 18-day Egyptian revolution; it won numerous awards and aired on Al Jazeera America.