Whose Streets? participated in the 2016 (Egg)celerator Lab.

Whose Streets? is directed by Sabaah Folayan and co-directed by Damon Davis. 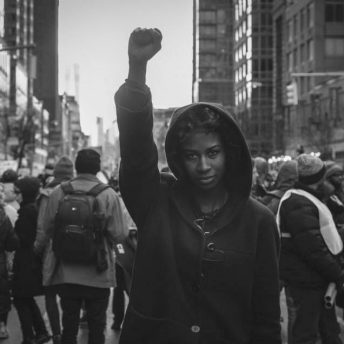 Sabaah Folayan is an organizer, advocate, and storyteller born and raised in South Central LA. She entered the world of storytelling through theater, attending the Lee Strasberg Institute of Theatre and Film as a teenager, and performing as a member of the Black Theater Ensemble in college. As an advocate at Rikers Island, she interviewed dozens of incarcerated people about their experiences with trauma. In December 2014, Folayan helped organize The Millions March, one of the largest marches for racial justice in New York history in response to the killing of Eric Garner.

The Age of Water

The Feeling of Being Watched