The Pearl witnesses the loss and extraordinary risk of four middle-aged and senior war vets, steel foremen, and fathers and grandfathers coming out for the first time as transgender women in the hyper-masculine culture of the Pacific Northwest. Each year, their lives intersect at the annual Esprit Conference for T-girls, a weeklong event enlivening a community broken by isolation and loss.

The Pearl is co-directed by Jessica Dimmock and Christopher LaMarca. 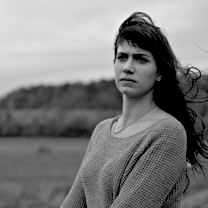 Jessica Dimmock won the 2013 World Press Photo Multimedia Contest as the director and cinematographer of the Online Feature Too Young To Wed. In 2010, Jessica won Kodak’s Best Cinematography Award at the Hamptons International Film Festival for Without, which premiered at the Museum of Modern Art in New York, received an Independent Spirit Award, and was nominated for a Gotham Independent Film Award. Jessica contributed two short films to Doctors Without Borders’ Emmy®-nominated campaign, “Starved for Attention.” Most recently, she worked as photographer and videographer for Emmy®-nominated HBO series The Weight of the Nation. 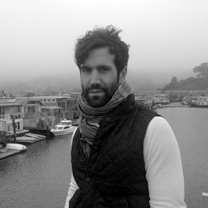 Award-winning photographer and filmmaker Christopher LaMarca (director/cinematographer) is based in Portland, Oregon. Christopher has recently entered post-production on his first feature length film, Boone,  which was chosen in 2012 as one of eight films for Film Independent’s Documentary Film lab. Christopher’s monograph, “Forest Defenders: The Confrontational American Landscape” was published by PowerHouse Books in 2008. He was chosen to participate in the International Center of Photography’s triennial exhibition (2007), New York Photo festival (2009), and Lishui photo festival in China (2010). He reported on environmental and energy issues for magazines such as Rolling Stone, GQ, Fortune, and Newsweek.

The Pearl has received a swelling of support from the independent film community over the past year, including a 2014 development grant from the Sundance Institute, which allowed the filmmakers to spend additional time in the field and to travel to Thailand to witness the sexual reassignment surgery for the film’s eldest character. The Pearl was one of seven documentaries accepted into the 2014 Good Pitch program., and was selected for the 2013 IFP Spotlight on Documentaries.