Following fairy-tales and personal memories like a trail of breadcrumbs, The Vanquishing of the Witch Baba Yaga descends into Eastern Europe’s haunted woodlands to uncover the secrets and bloody histories that shape our understanding of man’s place in nature. 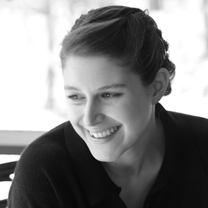 Jessica Oreck makes projects large and small that hope to re-inspire a sense of wonder about the world of the every-day.  She’s made a few features, Beetle Queen Conquers Tokyo, Aatsinki: The Story of Arctic Cowboys, and The Vanquishing of the Witch Baba Yaga that all focus on ethnobiology. And she makes shorts too, like the recently released web series, Mysteries of Vernacular. She considers her second home the American Museum of Natural History where she sometimes works as a live animal keeper and docent.